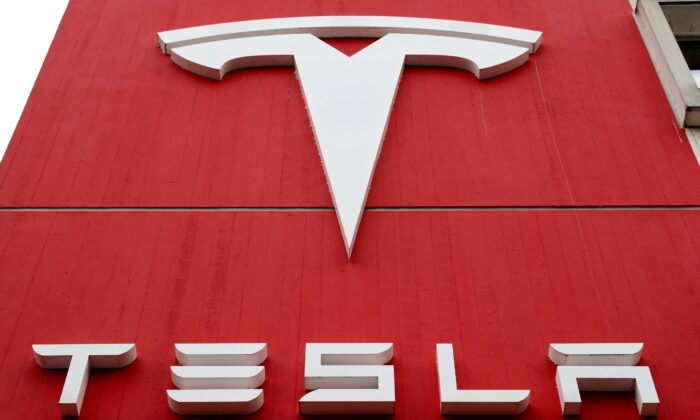 The logo of car manufacturer Tesla is seen at a branch office in Bern, Switzerland, on Oct. 28, 2020. (Arnd Wiegmann/Reuters)
Companies

NEW DELHI—Tesla Inc. is “still working through a lot of challenges with the government” in India, its billionaire chief executive Elon Musk said on Twitter on Thursday, responding to a question on when it would launch its electric cars in the country.

Tesla had plans to begin selling imported cars in India last year and has been lobbying the government to slash import taxes on electric vehicles (EVs) before it enters the market. In October, it took its demands to Indian Prime Minister Narendra Modi’s office.

The Indian market for premium EVs is still in its infancy and charging infrastructure is scarce. Just 5,000 of the 2.4 million cars sold in India last year were electric, of which a handful were luxury models.

India levies an import duty of as high as 100 percent on imported cars, including EVs, which Musk has previously said are among the highest in the world. Analysts have said that at these rates Tesla cars would become too costly for many buyers, crimping sales.

Tesla’s demands for tax cuts have prompted objections from several local players, who say such a move would deter investment in domestic manufacturing.

Indian government officials are also divided over the U.S. automaker’s demands. Some officials want the company to commit to local manufacturing before considering any tax breaks, but Tesla has indicated it first wants to experiment with imports.

Even as Tesla is holding out for a cut in import duties, luxury carmaker Mercedes-Benz will start assembling the electric version of its flagship S-Class sedan, the EQS, in India later this year.