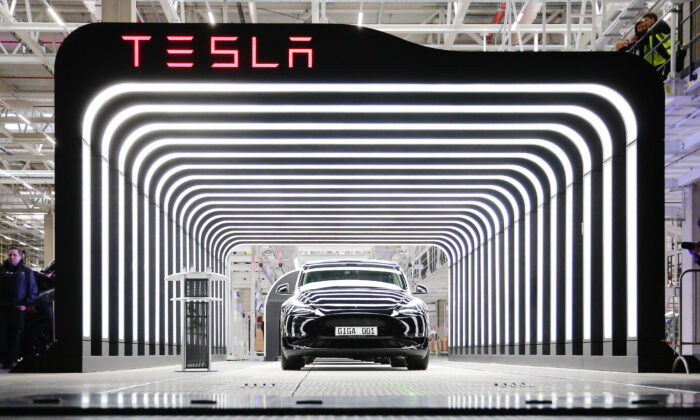 An expansion of the Tesla Motors plant in Germany has been delayed indefinitely, according to reports from broadcaster, Rundfunk Berlin-Brandenburg (rbb).

A meeting to vote on the electric vehicle plant in Grünheide, Brandenburg, near Berlin, has been delayed by the local mayor, Arne Christiani.

Tesla had requested permission to expand the 750-acre lot where the plant is located by a third, in order to build a new freight depot and expand existing production capabilities.

The EV giant currently has an auto factory and a battery plant at the Grünheide location, which is just an hour away by car from Berlin, where Tesla’s “gigafactory” is located.

For an unknown reason, Christiani took the item off the agenda this week shortly before the municipal council meeting.

The mayor said that the expansion plan needed more details and clarification and he declined to state whether the factory would be addressed later in 2022, according to rbb.

The Grünheide main committee had earlier approved plans for the expansion in June, with a recommendation that the municipal council draws up a plan for the fall.

The news comes just days just after Tesla held an information session at the plant, at which plant executives reported that the ramp-up of production at the facility was progressing “very well,” according to Automotive News.

“Germany has become such a joke…, Now they’re stopping Elon Musk from single handedly giving them their grid back and making it sustainable, by blocking Tesla’s expansion,” tweeted one commentator.

According to Tesla, the plant in Gruenheide was to build 5,000 vehicles a week by the first quarter of 2023.

Building the plant in Germany was difficult for CEO Elon Musk, who was forced to manage cut through ribbons of local bureaucratic red tape and militant opposition from local environmentalist groups, over the last several years.

However, many important German politicians, supported the project at the time, such as Chancellor Olaf Scholz who attended the opening of the Brandenburg plant in March, to great fanfare.

“The approval process was a mammoth task for us. With the Tesla factory in Grünheide, the State Environment Agency has approved the largest industrial settlement in East Germany since reunification,” said Dietmar Woidke, Brandenburg’s Minister-President.

German environmentalist organizations, Green League and NABU filed complaints against Tesla in 2021, in an attempt to block approvals necessary to allow construction of the EV factory, all of which had failed.

Musk had promised that Tesla’s gigafactories and electric vehicles would be environmentally sustainable.

The automaker told Automotive News on Sept. 11 that it would reduce fresh water consumption at the Gruenheide site to alleviate environmental concerns, following fears by local residents.

It is still unknown why Christiani made the decision to suspend the automaker’s expansion plans.

Russia’s halting of gas shipments to Europe via the Nord Stream 1 pipeline may be a reason why town authorities hesitated in approving a plan that would have required a lot of energy to operate.

It also looks like it will be hard for Tesla to avoid the nationwide factory shutdowns, due to the energy shortages that are now sweeping Germany.

Meanwhile, The Wall Street Journal reported on Sept. 14, that Tesla was pausing its plans to make batteries at its plant in Berlin, after it decided to qualify for electric vehicle and battery manufacturing tax breaks in the United States.

The new Inflation Reduction Act, which President Joe Biden signed into law last month, provides production tax credits that could offset more than a third of the cost of EV battery packs, as long as they are made in the United States.

The bill also extends a $7,500 tax credit available to buyers of electric vehicles whose batteries are made in America.

German Economy Minister Robert Habeck, told Reuters on Sept. 14, that he had “no deeper information right now” on Tesla’s plans to scale back its future operations in Germany.