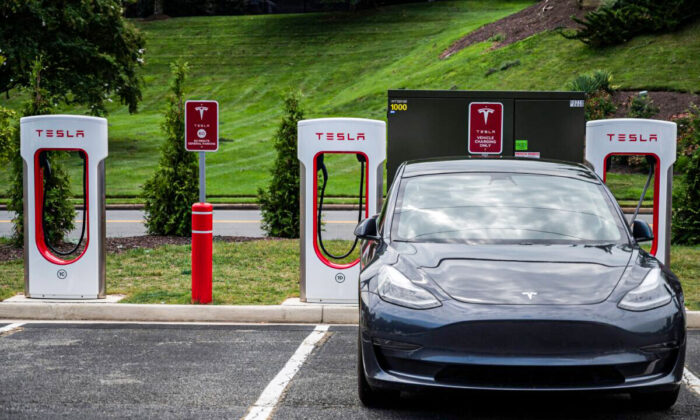 Tesla to Delay New Models in 2022 for Automated Vehicle Push

Elon Musk, the CEO and founder of Tesla, said on Jan. 26 that the automaker will delay releasing its new vehicles, such as the Cybertruck, until 2023 because of supply chain problems.

However, the company stated that it would be able to build 50 percent more vehicles than it made in 2021.

Musk, a native of South Africa, said production of Tesla’s new Cybertruck, Semi, and Roadster models won’t start until at least 2023 after promising a 2021 release.

Musk believes that human-like robots and self-driving cars are more important at this moment than the Cybertruck design or $25,000 electric cars. Optimus is a humanoid robot that can assist in factory tasks or perform other types of repetitive work, and he hopes that it could eventually address global labor shortages.

Musk thinks that robots could be more important than cars and that they have the “potential to be more significant than the vehicle business over time.” He said full self-driving will become “the most important source of profitability for Tesla” and that, in the long-term, “it’s nutty good from a financial standpoint.”

The company currently has 60,000 drivers who have paid $12,000 or a $199-per-month subscription to test the latest self-driving software package, FSD Beta, in the expectation that full autonomy will become possible.

The Society of Automotive Engineering, which sets standards for the engineering industry, has set six benchmarks that a vehicle’s technology must reach before it’s officially declared autonomous. Thus far, the market has only produced automated cars and not autonomous cars, which, by definition, allow the car to do everything without human assistance.

FSD Beta has sophisticated features such as “smart summon,” which allows drivers to call their cars from parking spots t pick them up. The Tesla app on their smartphones acts as a remote control.

Musk believes that “smart summon” could multiply a vehicle’s utility, as owners could send their cars out to work when not needed.

Tesla’s other vehicle assistance feature is the “self-driving” system known as “Autopilot,” which is standard on every new Tesla vehicle. “Autopilot” enables the car to perform some maneuvers on its own, though it should only be used “with a fully attentive driver, who has their hands on the wheel and is prepared to take over at any moment,” according to Tesla.

It can automatically change lanes, maneuver the vehicle into a parking space, and make some turns. However, “Autopilot” and FSD Beta software aren’t enough to make Tesla’s vehicles fully autonomous.

A concern that Tesla’s rivals and industry regulators have is its innovative technological approach to automation, which some say is dangerous and potentially deadly.

Tesla uses a system of cameras and artificial intelligence for navigation, instead of standard technologies such as radar and lidar sensors used on competing fully autonomous designs. Even if the technology is perfected, Tesla would come under more rigorous scrutiny from regulators before deploying fleets of free-roaming vehicles.

“It’s clear that if you’re marketing something as full self-driving and it is not full self-driving and people are misusing the vehicles and the technology, you have a design flaw, and you have to prevent that misuse,” Jennifer Homendy, the chair of the U.S. National Transportation Safety Board (NTSB), told CNBC.

Industry and government officials are in the process of updating industry safety standards for vehicle automation, such as for who’s at fault if a self-driving car causes injury.

“Full autonomy will be dependent on achieving reliability far in excess of human drivers as demonstrated by billions of miles of experience, as well as regulatory approval, which may take longer in some jurisdictions,” Tesla states on its website.

“Being safer than a human is a low standard, not a high standard. People are often distracted, tired, texting. … It’s remarkable that we don’t have more accidents,” Musk said.

He’s still optimistic that Tesla will have a feature enabling its cars to safely drive themselves in any conditions by the end of 2022.

“I would be shocked if we do not achieve full self-driving safer than human this year. I would be shocked,” Musk said during Tesla’s Jan. 26 fourth-quarter earnings call. “You know, the cars in the fleet essentially becoming self-driving by a software update. I think [it] might end up being the biggest increase in asset value of any asset class in history. We shall see.”

A newly released software update, “Autosteer on City Streets and Traffic and Stop Sign Control,” can presumably enable cars to navigate and steer on urban roads without driver assistance. However, automakers have yet to convince the public, as driver surveys show that more than 70 percent of the U.S. public are still wary of driverless cars.