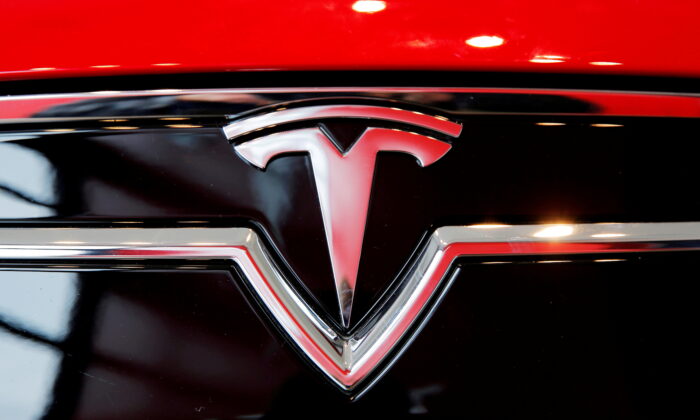 A Tesla logo on a Model S is photographed inside of a Tesla dealership in New York, on April 29, 2016. (Lucas Jackson/Reuters)
Markets

Tesla Supplier Panasonic Showcases EV Battery for Tesla: What You Need to Know

The lithium-ion battery, which gets its name from being 46 millimeters in diameter and 80 millimeters high, is more significant than previous battery cells Panasonic has supplied to Tesla.

The battery is around five times the size of those currently used by Tesla, Reuters reports.

Tesla sees the delivery of vehicles with battery packs composed of 4680 cells by 2022. However, Musk admitted challenges associated with manufacturing the new battery on a large scale.

Panasonic plans to start test production of the 4680 battery cells in Japan by March 2022. Panasonic battery unit head Kazuo Tadanobu described the product as tailor-made to Tesla’s requirements and said Panasonic planned to supply it to the U.S. company.

Tadanobu said Tesla was ready to buy everything Panasonic could make because of the higher demand for EVs.

Panasonic’s annual North American battery capacity has risen, which would be enough to provide batteries for more than 400,000 Tesla Model S vehicles.