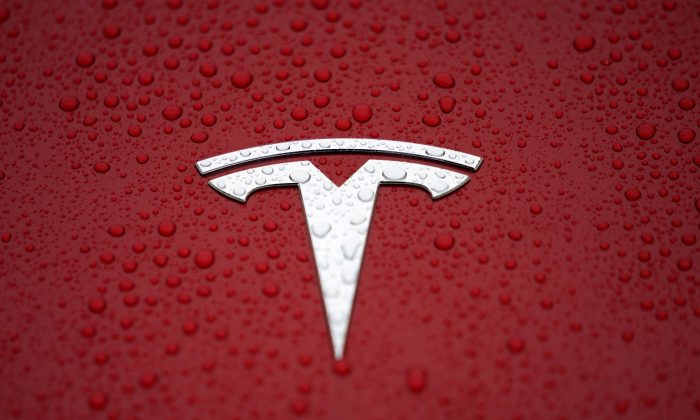 A Tesla logo is seen at a groundbreaking ceremony of Tesla Shanghai Gigafactory in Shanghai, China, on Jan. 7, 2019. (Aly Song/Reuters)
By Reuters

Tesla Inc filed a lawsuit on March 21 against a former engineer at the company, claiming he copied the source code for its Autopilot technology before joining a Chinese self-driving car startup in January.

Cao, Xiaopeng and Zoox could not be immediately reached for comment.

Tesla is building a vehicle assembly facility in Shanghai, putting it in direct competition with Xiaopeng and other Chinese companies in the world’s largest electric vehicle market.

Its Autopilot is a driver assistance system that handles some driving tasks and allows drivers to take their hands off the wheel, although the company stresses it still requires driver supervision and does not make the vehicle autonomous.

Cao’s LinkedIn profile shows he has been working with Xiaopeng since January as “head of perception.”

Several companies are racing to develop the technology required to make cars drive on their own and lawsuits against former employees have become common as firms strive to keep proprietary information in-house.