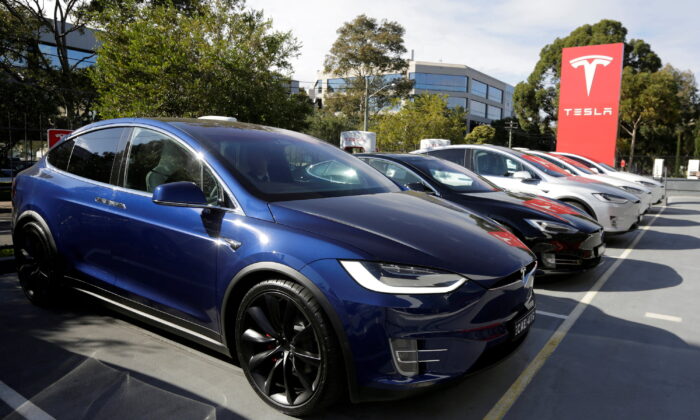 The stock opened at $302 and closed at $296.07 as the split allowed investors to get two additional shares for each they owned as of Aug. 17. It had closed at $891.29 before the split on Wednesday.

This is the second stock split by Tesla in as many years and follows similar moves by high-growth companies such as Amazon.com and Google-parent Alphabet to address the growing need to diversify investor base.

“Retail investors are a very important cohort for Tesla and today’s stock split is an acknowledgment of that fact.”

Austin-based Tesla debuted in 2010 at $17 and in a decade surged to a peak price of $2,000, becoming one of the highest priced shares on Wall Street and making it difficult for small investors to bet on the high-growth stock.

The company decided to split its stock on a five-for-one basis in August 2020 and breached $1 trillion in market capitalization in 2021.

The EV maker is the sixth company in the S&P 500 index to split its shares this year, according to Howard Silverblatt, senior index analyst for S&P and Dow Jones indices.

Tesla’s ticker was trending on social media stocktwits.com, indicating increased chatter among individual investors. The shares have lost about 11 percent of their value since March when the company announced plans to increase its number of shares.

“In typical buy-the-rumor, sell-the-news style, investors tend to drastically scale back purchases of splitting stocks in the weeks ensuing the effective split date, causing price momentum to slow,” analysts at Vanda Research said in a note.

Tesla Shares Since Its First Stock Split in August 2020

A stock split does not affect the fundamentals of a company, but makes it easier for individual investors to do small trades. The benefits of such splits, however, are becoming less clear as brokerages let customers buy parts of a company’s share.

Tesla’s shares have fallen about 16 percent so far this year amid a selloff in high-growth stocks due to worries over aggressive interest rate hikes and geopolitical uncertainties.

By Akash Sriram and Medha Singh