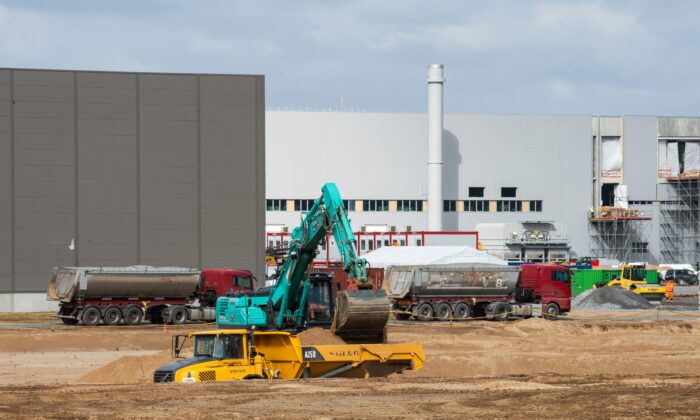 An excavator operates as work continues on Tesla's European "Gigafactory" in Gruenheide, near Berlin, on April 8, 2021. (John Macdougall/AFP via Getty Images)
Markets

Tesla Sales Increase Over 200 Percent in Germany, Even Before Gigafactory Berlin Begins Production

Tesla Inc. has been working to build Gigafactory Berlin and Gigafactory Texas to increase production and meet demand. Even though issues have delayed the Berlin factory multiple times, Tesla sales are still increasing.

As reported by Drive Tesla Canada, Tesla’s vehicle sales rose 234 percent in Germany during the month of November. This comes while other automakers are losing sales, with overall car sales in Germany dropping 32 percent. A main cause for the overall drop in sales has been the chip shortage, which doesn’t seem to have affected Tesla in the same way as other car makers. Tesla has been able to use different chips from different suppliers to meet its needs.

At the same time, Tesla is still working to get Gigafactory Berlin up and running. As of now, Europe’s Tesla vehicles are imported from Gigafactory Shanghai in China. European Model Y deliveries recently started with that supply being met with the ramp-up of the Chinese factory’s Model Y production.