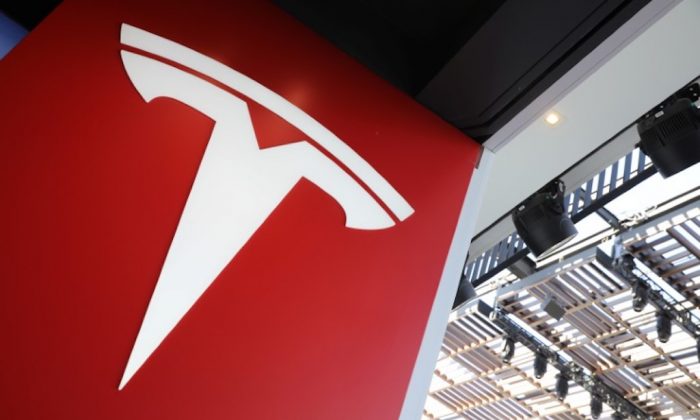 A Tesla logo is seen in Los Angeles, California on Jan. 12, 2018. (REUTERS/Lucy Nicholson)
US News

A Tesla Inc Model S crashed at speed into a truck from the city’s Unified Fire Authority in South Jordan, Utah, late on Friday after failing to slow for a red light, local police said on Monday.

The Tesla car was traveling at 60 miles per hour when it hit the mechanic truck, which was stopped for the light on the South Bangerter Highway in South Jordan, Utah at 6:38 pm MT, the police said.

The Tesla driver suffered a broken ankle and was taken to hospital while no injuries were reported to the truck driver, the police said in a statement.

Witnesses said the Tesla car did not brake prior to impact, the statement said, adding it was unknown if the autopilot feature in the Model S was engaged at the time.

Tesla did not immediately respond to emails and phone calls requesting comment.

The U.S. National Transportation Safety Board said last week it was investigating a Tesla accident in Fort Lauderdale, Florida that killed two teenagers and injured another – the agency’s fourth active probe into crashes of the company’s electric vehicles.