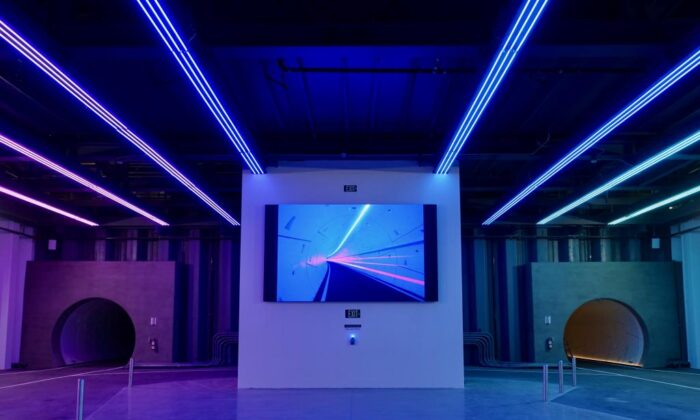 The Boring Company took to Twitter to announce that the transportation system, dubbed the “Vegas Loop,” is expanding and thanked the regulators for their approval.

Vegas Loop is expanding – 29 miles and 51 stations!
Thanks to the Clark County team for the great partnership and to the Commissioners for unanimous approval. https://t.co/KrfF5SUsxq

The regulatory approval would enable the company to expand the Vegas Loop system to a 29-mile route with 51 stations.

Clark County said that the system would have the capacity to transport 57,000 passengers per hour and that no taxpayer money would be spent to build the project.

Expanding and moving forward with plans for the “Vegas Loop.” #ClarkCounty Commissioners just approved an agreement with the @boringcompany to establish and maintain a transportation system that will go under the Las Vegas Strip. It will also go to @AllegiantStadm and @UNLV. pic.twitter.com/2ju3xcFq7O

Loop is an all-electric, zero-emissions, high-speed underground public transportation system that is also referred to as “Teslas in Tunnels,” the Boring Company says on its website.

The company currently operates a small version of the system, consisting of 1.7 miles of tunnel, beneath the Las Vegas Convention Center.

The regulatory approval will enable the infrastructure-focused firm to expand the project and connect hotels as well as other destinations between Allegiant Stadium and the University of Nevada, Las Vegas.