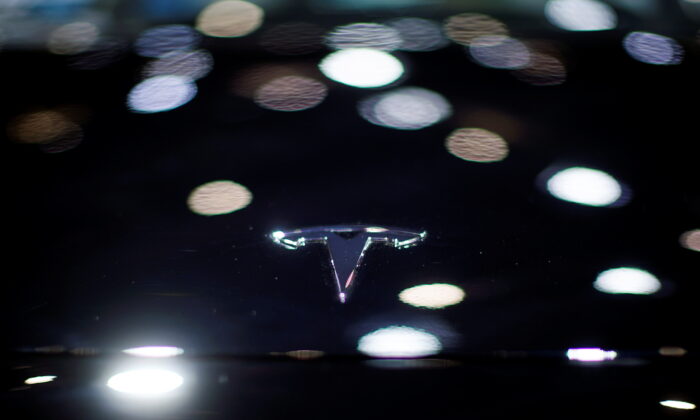 A Tesla logo is seen on the body of its electric vehicle during a media day for the Auto Shanghai show in Shanghai, China, on April 20, 2021. (Aly Song/Reuters)
Companies

Tesla Did Not Want to Wait on EU Aid: German Economy Minister

BERLIN—Tesla did not want to wait for European authorities to make a decision on state funding for its planned battery factory before going ahead with the construction of its site in Germany, outgoing German Economy Minister Peter Altmaier told reporters in Berlin on Monday.

As a foreign company, Tesla would have been eligible for state aid of up to 40 percent of its investment under a European Union programme that encourages production within the bloc.

Under the programme, the U.S. company could have received up to around 1.1 billion euros ($1.24 billion.)

Due to booming demand for battery cells, Tesla voluntarily decided in late November to start construction on a battery plant at its Gruenheide site outside Berlin without state aid and withdrew the corresponding application.

Tesla is building its first European electric car factory as well as a battery plant at the site in the state of Brandenburg.

It is still waiting to receive final permit approval for the site from authorities, which is expected before the end of the year.