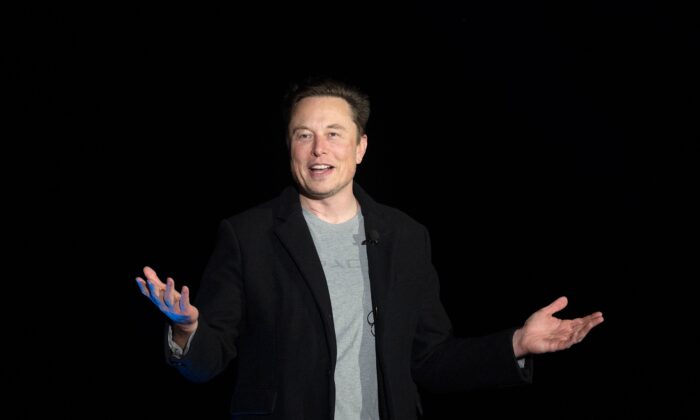 Elon Musk gestures as he speaks during a press conference at SpaceX's Starbase facility near Boca Chica Village in South Texas on Feb. 10, 2022. (Jim Watson/AFP via Getty Images)
Companies

The “Big Short” fame investor said in a now-deleted Tweet that the U.S. regulatory agency was “nothing but professional” and that, unlike Musk, he did not have “billions” to make his own rules “and would never” do that.

“In defense of the SEC, and particularly the SF office, they were nothing but professional in my dealings with them. But I don’t have billions, can’t make my own rules, and would never,” Burry wrote on the microblogging site.

Burry also shared a link to a Forbes story in which Musk calls the SEC regulators “bastards” over its investigation into an infamous 2018 tweet “funding secured.”

Burry and Musk have taken shots at each other in the past. Musk had last year called Burry a “broken clock” after The Scion Asset Management investor ridiculed Tesla’s high valuation. Burry had then accused Musk of selling Tesla shares last year to benefit from its higher price and repay personal debts.

Earlier this month, Burry said on Twitter that Musk “buying enough shares to control Twitter would be good for America. Period.”