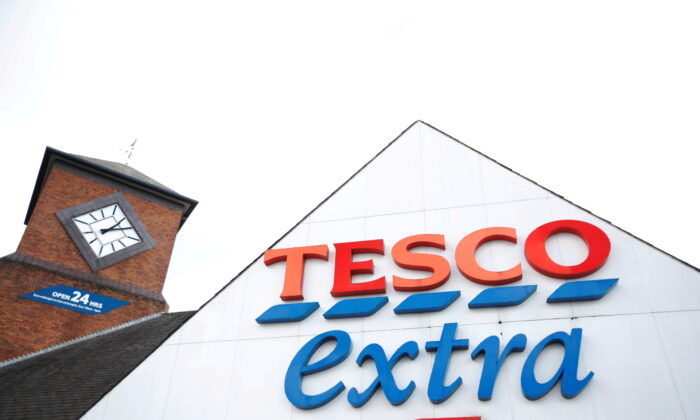 A logo of Tesco is pictured outside a Tesco supermarket in Hatfield, Britain, on Oct. 6, 2020. (Peter Cziborra/Reuters)
Companies

LONDON—Tesco, Britain’s biggest retailer, said on Tuesday 1,600 roles were at risk of redundancy due to operational changes at stores, including the removal of night shifts to restock shelves.

The group said it was moving its overnight stock replenishment into the daytime in 36 large stores and 49 convenience stores.

In 36 stores, it will also convert its petrol stations to be pay-at-pump only during overnight hours.

Tesco said the 1,600 roles at risk include the 130 related to the closure of Jack’s stores announced on Monday.

“We are always looking at how we can run our business as simply and efficiently as possible, so that we can re-invest in the things that matter most to customers,” said Tesco UK and Ireland CEO Jason Tarry.

The group said it currently has around 3,000 vacancies and would help impacted staff find alternative roles.