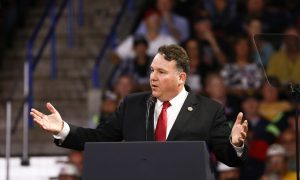 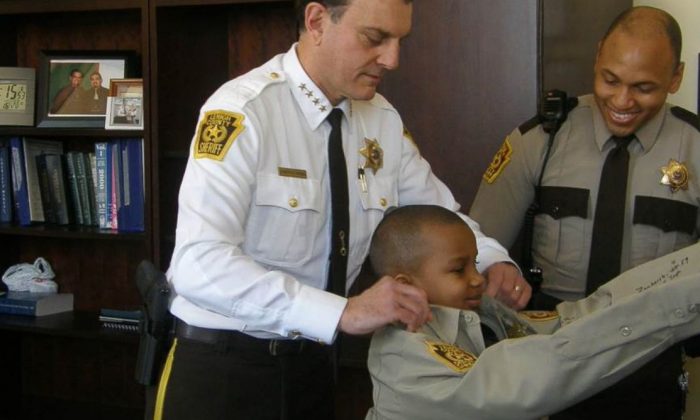 A terminally ill boy was granted his final wish: to be sheriff for one day.

Kaleb Holder, 8, of Pennsylvania, is suffering from adrenoleukodystrophy, or ALD, which affects 1 in 18,000 people. The disease destroys myelin, the protective substance that surrounds neurons in the brain.

“They’re going to lose their ability to walk, talk, see, hear, everything,” said his mom, Janelle Daly, reported WFMZ-TV. She added that he’ll be in a vegetative state in a few months and will likely die before his 9th birthday.

Daly told ABC: “There’s nothing they can do. The only form of treatment is a bone marrow transplant, but that’s only if it’s caught early. [Doctors] said he has about three months before he loses his abilities to walk, talk, see, hear…. He’s going to be in a [vegetative] state because it’s a brain disease.”


So Lehigh County Sheriff Joe Hanna decided to step down for a day, letting Holder take his place.

He was able to ride in a police cruiser and was allowed to be a Lehigh County judge.

“Every time I come home, he’s excited to see me in my uniform. He’s just really into police and civil service,” Deputy Richmond Penn said of the boy.

Daly said her son has been a fan of law enforcement since he was very young, adding she was “extremely grateful” for the sheriff’s office and Allentown police.

He’s not going to get that opportunity to grow up and be a sheriff, so at least he got it now.
— Janelle Daly

“It was so awesome,” she said. “He’s not going to get that opportunity to grow up and be a sheriff, so at least he got it now. I’m just happy he knows what it feels like.”

A GoFundMe page was also set up for his medical bills.