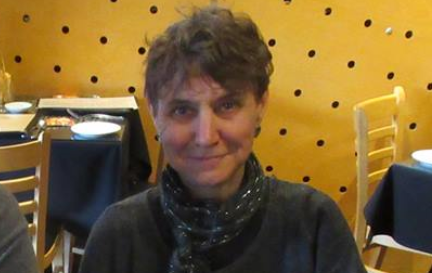 Frances Widdowson, a former associate professor in the department of economics, justice, and policy studies at Mount Royal University in Calgary, Alberta, in an undated photo. (Courtesy of Frances Widdowson)
Canada

A tenured professor known for speaking out against “wokeism” and identity politics was fired by her university just before Christmas, which she says happened amid a campaign to have her terminated because of her views.

Frances Widdowson, an associate professor in the department of economics, justice, and policy studies at Mount Royal University (MRU) in Calgary, was informed of her termination on Dec. 20, effective immediately.

Widdowson says MRU, like many other universities and various areas of society, has embraced “identity politics that has become totalitarian.”

“Identity politics has been around for quite a long time. But more recently, it started to assert itself by saying that you must accept the claims that are made by certain identities, and if you don’t, you’ll be considered an oppressive person and you should really be prevented from speaking and pushed out of the university. And that’s basically what happened to me,” she told The Epoch Times.

MRU says it can’t comment as to why Widdowson was let go as it involves private personnel issues. The professor says she also can’t reveal specific details of her firing at this time as the case is going to arbitration.

She says that “although I was never a popular figure [at MRU], it was recognized that I had my place and I could raise questions and criticize various policies.”

But after the killing of George Floyd during his arrest in Minnesota in May 2020, the shift toward wokeism “completely went off the rails [and] things became much more extreme in terms of the attempts at censorship and preventing me from operating in the university,” she says.

In September 2020, after Widdowson commented in a Western Standard article that the Black Lives Matter movement had “destroyed” the culture at MRU and that she “doesn’t recognize the institution anymore,” it led to a petition to have her fired, which garnered over 6,000 signatures.

The petition called for Widdowson to be “terminated for her racist remarks” and “racist actions.”

“There was a campaign by about 30 faculty members to try to get me fired,” she says.

She notes, however, that she was never opposed to fighting racism but objected to the promotion of critical race theory (CRT) and the insistence that people must agree with it.

“What was happening is that a number of groups were claiming that there should be these totalitarian types of initiatives that should be brought in, like mandatory anti-racism training, and it was claimed that if you challenge ideas of systemic racism, this was itself racist,” she said.

“Even more disturbingly, it’s now being claimed that this is actually a violation of the law—to criticize the ideas that are being put forward by people who belong to certain groups.”

CRT redefines human history as a struggle between “oppressors”—white people—and the “oppressed”—everybody else—similar to Marxism’s reduction of history to a struggle between the “bourgeois” and the “proletariat.” Proponents of CRT say the theory demonstrates how pervasive systemic racism truly is. Critics say its argument about systemic racism is riddled with fallacies and includes totalitarian elements of coercion and suppression of dissent.

Widdowson has spent over 20 years studying and writing about indigenous issues and policies.

She has authored two books on indigenous issues. The 2008 book “Disrobing the Aboriginal Industry: The Deception Behind Indigenous Cultural Preservation,” which she co-wrote, argued that decades of current policies have failed to address the fundamental economic and cultural basis of problems faced by indigenous peoples.

In her 2019 book “Separate but Unequal: How Parallelist Ideology Conceals Indigenous Dependency,” she analyzed the concept of parallelism, the prevailing view that indigenous cultures and the broader Canadian society should exist separately from each other in a “nation-to-nation” relationship, and argued that the pursuit of this ideology has distorted Canadians’ understanding of indigenous-non-indigenous relations.

She edited “Indigenizing the University: Diverse Perspectives,” a book published in March 2021 that provides diverse perspectives on how current efforts impact indigenous and non-indigenous peoples and universities as a whole.

“Actually, to me, indigenization is anti-indigenous because it’s denying indigenous people the high-quality education that they are entitled to,” she said. “I think if people really did take the time to read my work, they would realize that I’m very concerned about the circumstances of indigenous people.”

Widdowson says that because of her views on indigenous issues, her life at MRU became increasingly difficult over the past five years, particularly after “Indigenizing the University” was published, which directly criticizes MRU’s indigenization initiative.

“The fact that I published that book and hold the views that I do led a whole bunch of my colleagues to create a toxic workplace for me,” she said.

In an email statement to The Epoch Times, MRU said it will not be providing specific details on the matter of Widdowson’s termination but affirmed that it “unequivocally supports academic debate and will always defend the rights of faculty related to academic freedom.”

“However, academic freedom does not justify harassment or discrimination,” the statement said.

Widdowson says her union is taking the case to arbitration and she will demand to be reinstated.

“I’ve done nothing wrong. … I don’t see why I should show remorse for defending myself from being smeared by many faculty members and the anonymous supposedly student-led group that exists,” she said.

“I have kept documentation of everything that has happened since 2016, and in arbitration those documents will all be released. So the public can begin to understand the terrible circumstances that have been unfolding at Mount Royal University.”