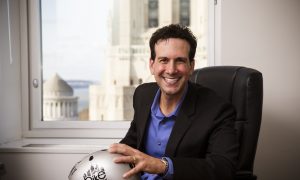 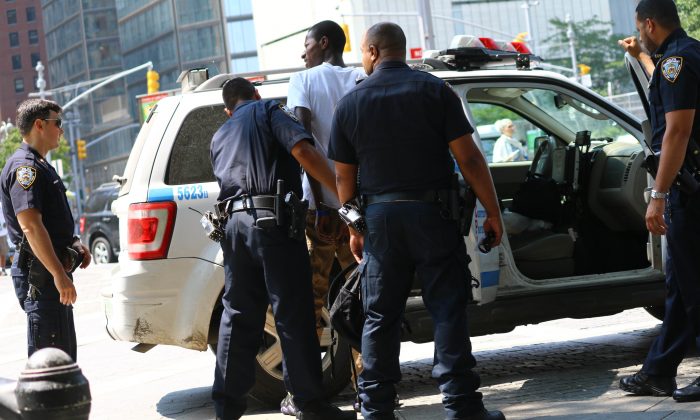 NEW YORK—Chances are, if you’ve worn a backpack, carried a camera, or opened a collapsible map while walking Columbus Circle’s gritty pavement on a summer day, you’ve been intercepted by at least one roaming bicycle or pedicab vendor intent on securing your patronage.

At the bustling gateway to Central Park, more than 40 roaming bike renters of varying age, temperament, and ethnicity compete to flaunt their brightly lettered signs and pamphlets.

On Monday a New York Post article reported that “illegal bike hawkers” were threatening the employees of licensed bike renter, Bike and Roll. Epoch Times set out to investigate the claim.

Bike and Roll’s President Chris Wogas confirmed the company’s general manager is presently seeking a restraining order against one particular vendor who threatened to follow him home. The vendor has threatened Bike and Roll’s GM on numerous occasions according to company spokesman Joshua Knoller. He added that restraining orders were also enacted for the company’s two previous GMs in response to the threatening behavior from two roaming vendors.

The Department of Parks and Recreation also confirmed Bike and Roll is the only bicycle vending company licensed to operate at Columbus Circle. The company’s licensing arrangement came into effect in 2012 and extends to 2016. Bike and Roll pays a minimum of $17,000 per year, or up to 15 percent of its revenue to rent bikes there.

Yet, on visiting the Columbus Circle entrance to Central Park, it becomes apparent that the division between legal and illegal bike vendor is less than distinct.

The majority of roaming vendors are paid on commission by Bike Rental Central Park, located on West 57th Street, two blocks from the hub of vendor activity.

Operating like scouts, Bike Rental Central Park’s vendors approach, engage, and escort patrons from Columbus Circle to the West 57th Street outlet. This is legal, said the outlet’s 24-year-old manager, Jose Payano, provided they remain on the park’s perimeter. The Department of Parks and Recreation, as detailed in its Prohibited Uses regulations, holds a different view. From the regulations the department’s understanding is that any commercial activity or solicitation of money, without permit is prohibited within the Department’s jurisdiction, which extends to the Park’s paved entrance bordering Columbus Circle.

Be that as it may, unlicensed vending continues, largely unimpeded and often in full view of NYPD officers. According to one Bike Rental Central Park vendor who identified himself only as Tom, police target unlicensed vendors intermittently as a token measure. The 39-year-old, who said that he’s been arrested on misdemeanor and violation of local law charges, added that judges are not interested in prosecuting unauthorized bike renters. “They let the cop get the arrest for his stats,” he said, but the charges are dismissed in court because judges don’t want to “clog up” jails with bike vendors.

Wogas said the NYPD under Police Commissioner William Bratton has improved its responsiveness to threats against his staff, although it appears to be intermittent. The number of threats has also risen, he said, adding it “seems to be a bee sting that gets them [those making threats] riled up even more.”

The NYPD did not return requests for comment about illegal bike vending at Columbus Circle.

A Bike Rental Central Park vendor known only as Ivory, said the allegations of widespread threats against Bike and Roll staff were hard to believe. “Most of the people doing this are not harassing nobody,” said Ivory, who has vended at Columbus Circle since 2009.

“We were here before them,” Ivory said of Bike and Roll. When Bike and Roll came, the police began more stringently enforcing anti-solicitation regulations, he added.

Congenial exchanges were observed between some Bike and Roll staff and roaming vendors. In general, the various Columbus Circle crews seem to coexist in relative harmony.

Tom, vending beside Ivory, said that some Bike and Roll staff and roaming vendors are “friends.” “But it’s business,” he added, which brings tensions.

Central Park tour guide, Steve Howson said that it is “not the norm” for roaming bike vendors to make threats against Bike and Roll staff, “but it only takes one or two bad apples to give everyone a bad rap.”

Howson, who said that he had worked for Bike and Roll as its first Columbus Circle manager for three years, added that Bike and Roll had taken business away from the area’s original vendors. At the same time he acknowledged that he and other staff had been on the receiving end of threats during his tenure as manager. “We had police security when we started because of intimidation issues.” We had high school kids working for us over the summer, he said, “it bothered them, which bothered me.”

The members of this group are known for sometimes vying aggressively with one another for customers. On Tuesday five to six permit holders were seen crowding four elderly female tourists and arguing intently over whose pedicab the women should patronize. Eventually the women walked away, while imploring the men to stop fighting.

“I don’t feel safe walking through there,” said fellow pedicab vendor Michael Alvarez of the Central Park Driveway entrance. Alvarez, a 19-year-old Columbia University student, operates a pedicab over the summer break. “They’re happy if they make $200 a day,” he said. “I’m happy if I make $100. For me it’s just a summer job; for them, it’s milk—they just want to buy milk for their kids.”

At 11:40 a.m. on Tuesday just beside Bike and Roll’s Columbus Circle West outlet, a young man in the company of other roaming vendors was seen being apprehended by police. He was identified by a police spokeswoman as 21-year-old Mahamadou Soukoua, charged with “violating local law.” The police arrested Soukoua, the spokeswoman said, when they observed him unlawfully soliciting bicycles and pedicabs without a Department of Consumer Affairs license.

Veteran roaming vendor Ivory said police had put him in lock up on several occasions. “I’ve been applying for jobs for about a year, but nothing’s come up,” he said. “Most guys out here don’t have jobs—It’s a way to make a couple of bucks to make ends meet.”