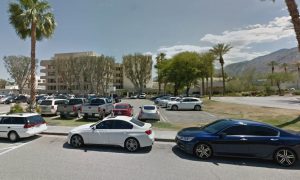 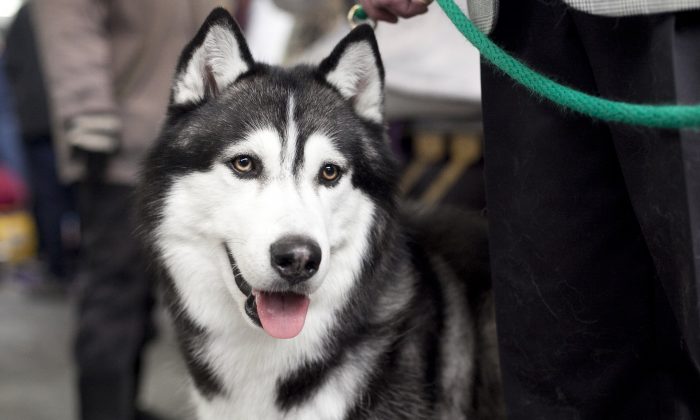 A file image of a husky at the Westminster Dog Show in New York, on Feb. 11, 2014. (Samira Bouaou/Epoch Times)
US News

The husky dog that bit off a 4-year-old’s hand does not deserve to be put down, according to an online petition now signed by tens of thousands of people that describes the incident in Utah as a “freak accident.”

According to the petition, the boy’s hand was in a sock, and the dog mistook it for a toy.

The dog, named as Bear in the petition, was taken by animal control in Layton together with another husky on March 4.

Police previously confirmed it had bitten off a child’s entire hand and 2 to 3 inches of his forearm after he put it through the chainlink fence of the animal’s enclosure.

The boy had a sock on his arm, according to Jessica Nusz, who describes her self as a best friend of the owners.

The boy’s injury came as a shock to the owner of the huskies as it was the dog’s "first bite incident."

Nusz set up an online petition, which has so far picked up over 85,000 signatures, hoping to stop Bear from being put down.

“Bear who was playing with what he thought was a toy,” she wrote on the petition page.

“He bit down too hard and didn’t see that there was a child on the other side of the fence.

The boy had reached through a chain-link fence in his back yard to play with the dogs.

Posted by The Sacramento Bee on Monday, 4 March 2019

She added, “He thought it was a game of tug of war and he bit down too hard and took a lower portion of his arm.”

About 8 to 10 emergency responders combed the yard in vain for the boy’s hand, hoping to reattach it.

Davis Animal Control took both dogs and quarantined them while an investigation is underway, reported Fox13.

Doctors had to amputate the boy’s hand along with the lower two or three inches of his forearm. The boy is expected to remain in the hospital for at least several days.

“Every animal that breaks skin in Davis County will be quarantined for 10 days for rabies observation,” Rhett Nicks, Director of Davis County Animal Care and Control told Fox.

Davis County Animal Control is trying to determine dogs' fate after one bites off a young Layton boy's hand.

“There’s a severe injury to a human so we are doing a dangerous dog investigation which could range from nothing being done if the dogs are found to be not dangerous,” Nicks elaborated.

The dogs were properly fenced in at the house in a neighborhood in Layton, a city of about 80,000 residents about 25 miles north of Salt Lake City, Cook said. Both families had recently moved in, he said, according to The Associated Press.

Cook said he doesn’t know if the boy was right-handed or not but that he should be able to adapt because he’s so young. “He’ll kind of grow into his dexterity,” Cook said. “But it’s certainly life-changing. It’s just a sad turn of events for the young, little guy.”

The dogs’ owners said the animals have not bitten anyone in the past, reported the Deseret News.

“I spoke with the Animal Control officer just a minute ago,” Layton added to the Gephardt Daily, “and she confirmed that there has never been a problem here.”

“I feel bad for them,” neighbor Stacey Taft, who watched the event unfold, told KUCW. “I mean, no parents want to go through that. They don’t want to see that kind of stuff happen and to not be able to stop it is really hard.”

“That poor family,” said Jackie Ahrens, a neighbor, told Fox13. “I can’t even imagine what they must be going through.”