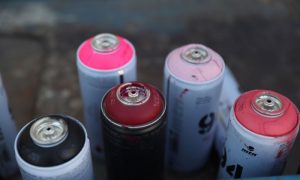 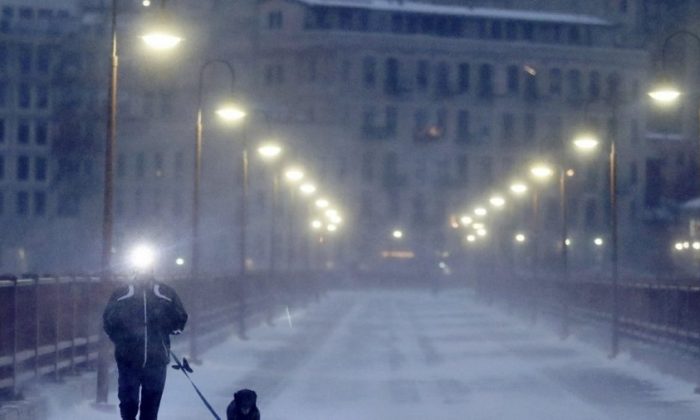 A runner and his dog in a file photo. (David Joles/Star Tribune via AP)
Crime and Incidents

A Tennessee woman is claiming that her neighbor’s dog was left out in the cold and froze to death because of negligence by the neighbor.

The woman, who declined to be named publicly, saw her neighbor’s dog, Tuffy, lying motionless on the ground on Jan. 24. The dog didn’t respond when she called his name so she called Manchester City Animal Control.

The woman said she’d kept an eye on the dog over the years and had called animal control multiple times expressing concerns about the way the dog lived, primarily outside on a chain.

“It’s a mix of heartbreak because this is so senseless, and it’s also anger because it didn’t have to happen,” the woman told ABC 15. “This isn’t the first time this will happen, and it’s not the last time it’s going to happen.”

The woman shared the story on Facebook in the hopes of bringing attention to the plight of animals amid the cold weather.

But the dog’s owner, who agreed to share her name publicly, said the neighbor straight-up lied.

“Tuffy was never mistreated or neglected. The neighbor just lied and we don’t appreciate being accused. The neighbor didn’t know Tuffy’s family history,” said Tracy Ralston. She said that her husband tried to feed Tuffy up two days before he died but he didn’t want to eat and the next day he stayed in the dog house but they were keeping an eye on him.

“We loved him, and no one wants to see their pet get sick and die,” Ralston said.

Officials with the Manchester City Animal Control confirmed that the dog died but said it wasn’t clear if he froze to death as he was showing symptoms of a possible illness.

A necropsy has been ordered. Depending on the results, the dog’s owner could face charges.

Animal experts said that pets should be kept inside during cold weather although they can be outside for certain periods of time.

Different pets, depending on their body fat stores, activity level, and health, have different levels of cold tolerance, the American Veterinary Medical Foundation said on its website.

Elderly pets could have trouble going on longer walks outside while long-haired or thick-coated dogs can usually bear the cold longer than those without long hair or thick coats.

“Pets with diabetes, heart disease, kidney disease, or hormonal imbalances (such as Cushing’s disease) may have a harder time regulating their body temperature and may be more susceptible to problems from temperature extremes. The same goes for very young and very old pets. If you need help determining your pet’s temperature limits, consult your veterinarian,” it said.

While the group said pets can go outside during cold weather, it said that pets should sleep inside.

“Cats and dogs should be kept inside during cold weather. It’s a common belief that dogs and cats are more resistant than people to cold weather because of their fur, but it’s untrue. Like people, cats and dogs are susceptible to frostbite and hypothermia and should be kept inside,” it said. “Longer-haired and thick-coated dog breeds, such as huskies and other dogs bred for colder climates, are more tolerant of cold weather; but no pet should be left outside for long periods in below-freezing weather.”

If people absolutely can’t keep their pets indoors, they should make sure they have a warm, solid shelter against wind. It should be off the ground and the bedding should be thick and dry and changed regularly.

Other tips included staying away from ice during walks, since dogs could plunge through the ice, and feeding pets well to give them extra protection from the cold.