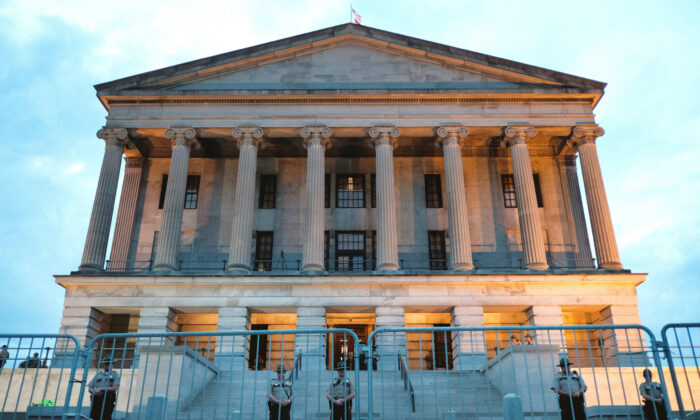 A law barring adults under 21 from carrying guns in Tennessee has been ruled unconstitutional.

Nearly two years after the government of Tennessee was sued over its anti-gun carrying prohibition, young adults in the state will now enjoy the same gun carry rights as their peers over the age of 21.

Lawyers for the Firearms Policy Coalition (FPC) and three Tennessee plaintiffs; Caleb Bassett, Blake Beeler, and Logan Ogle, who were under 21 when the complaint was filed (pdf), proclaimed a victory for Second Amendment rights.

“Our position all along has been that peaceable adults of all ages have human rights—even those aged 18 to 20. To restore the rights to an entire community of folks in Tennessee is a great win for us.”

Attorneys for the state on Jan. 23 signed an Agreed Order (pdf) with the plaintiffs’ legal representatives, admitting that the ban was unconstitutional at the U.S. District Court for the Eastern District of Tennessee in Knoxville.

The order is a written agreement between both parties to a lawsuit, which becomes an order of the court upon the judge’s approval.

The order takes effect immediately and stipulates that Tennessee’s carry ban for young adults can no longer be enforced and that the state must pay $47,250 to cover the plaintiff’s legal fees.

“The Challenged Scheme regulating the possession and carrying of handguns that restricts individuals aged 18 years old to 20 years old from carrying handguns or obtaining permits to carry handguns on the basis of age alone violates the Second and Fourteenth Amendments to the United States Constitution,” read the order.

“Defendant and his officers, agents, employees, and all others acting under his direction and control, are permanently enjoined from implementing or enforcing the Challenged Scheme to prevent individuals aged 18 years old to 20 years old from carrying handguns or obtaining permits to carry handguns on the basis of age alone.”

Prior to the court agreement this week, 18- to 20-year-olds in Tennessee were prohibited from obtaining a permit to carry a concealed firearm, despite the changes to the carry law in 2021.

The FPC filed a suit against the state that same month, arguing that the law, as written, left no options for legal adults under 21 to carry a firearm for self-defense.

The latest court order adds to a wave of legal rulings in recent years, which found that special restrictions on the rights of law-abiding gun-owning citizens under 21 were in violation of the Second Amendment.

Back in December, Texas withdrew its attempt to ban the carrying of guns by adults under 21, after a federal judge found it unconstitutional in August, reported The Texas Tribune.

Multiple federal appeals court decisions have also ruled against state bans on the sale of various types of firearms for those under 21, finding that such laws were in violation of plaintiffs’ constitutional rights.

On Jan. 21, an Illinois judge issued a temporary restraining order prohibiting the state from enforcing its so-called “assault weapon” and “high-capacity” magazine ban that was signed into law on Jan. 10.

The law is also facing a challenge in federal court, with plaintiffs accusing the state of outlawing firearms and magazines that are “commonly possessed and used for lawful purposes,” and therefore protected by the Second Amendment.

The landmark 2022 Supreme Court decision, New York State Rifle and Pistol Association v. Bruen, which ruled that there was a constitutional right to carry a gun in public, is expected to accelerate the legal trend.

The FPC is also filing challenges against Oregon’s recently passed harsh “gun control” law and Delaware’s “assault weapon” ban, and is participating in more than 70 cases all across the country, according to its website.