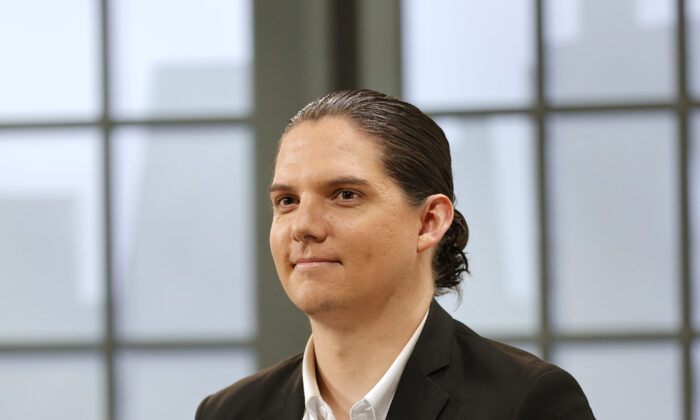 The Tennessee Republican Party has asked an appeals court to remove a candidate from the ballot in an upcoming primary for a U.S. House of Representatives seat, arguing that a judge incorrectly ruled that the candidate must be on the ballot.

Davidson County Chancellor Russell Perkins recently restored Robby Starbuck to the ballot, weeks after the Tennessee GOP removed him and two other candidates for allegedly failing to meet certain requirements.

The party made the decision in a closed-door gathering that violated the Tennessee Open Meetings Act, Perkins ruled. He said Starbuck would suffer irreparable harm if he were to be excluded from the ballot because of the move made during the meeting.

The order was incorrect because the state GOP “properly determined that Starbuck is not a bona fide Republican for candidacy to public office” under its bylaws, the party said in its appeal, alleging the decision “directly violates” its constitutional rights.

The party said that applying the open meetings law to its executive committee—which decided to kick Starbuck off the ballot—was improper.

“If this error is not remedied on an expedited basis, Starbuck will appear on the ballot for the Fifth Congressional District as a candidate for the Republican Party’s nomination to the United State Congress when the Republican Party absolutely objects to him being its standard-bearer,” it said.

While appealing to the appeals court, party officials also asked the Tennessee Supreme Court to intervene and rule against Starbuck.

In a separate filing, Tennessee Secretary of State Tre Hargett, a Republican, and state Coordinator of Elections Mark Goins told the appeals court that Perkins doesn’t have the authority to order them to restore Starbuck to the ballot.

The state officials and the state GOP asked for expedited decisions, because of the June 10 deadline for finalizing who is on the ballot.

In counterfilings, Starbuck’s lawyers said the party clearly failed to follow the Open Meetings Act and that there was no basis for its urgent appeal, adding that “if the decision is stayed, it will irreparably harm the public and Mr. Starbuck, and forever taint the election for the open seat for the 5th Congressional District by depriving the voters of a choice for Congress in a state-administered primary election based on unknown actions taken during a secret meeting that violated state law.”

“This case does not satisfy the requirements of Tenn. Code Ann. § 16-3-201(d), which gives this Court the authority to assume jurisdiction over undecided appeals in certain limited classes of cases. This case does not involve ‘[t]he right to hold or retain public office’ or ‘issues of constitutional law,’ the only potentially relevant classes of cases under § 16-3-201(d),” they said.

“Instead, this case involves the public’s right to transparency which impacts the ability of a single candidate to appear on a primary ballot in a single race for a single congressional district, not the right of an individual to ‘hold or retain’ any public office. And this case involves a straightforward application of a Tennessee statute, the Tennessee Open Meetings Act, which the Party has not challenged as unconstitutional.”