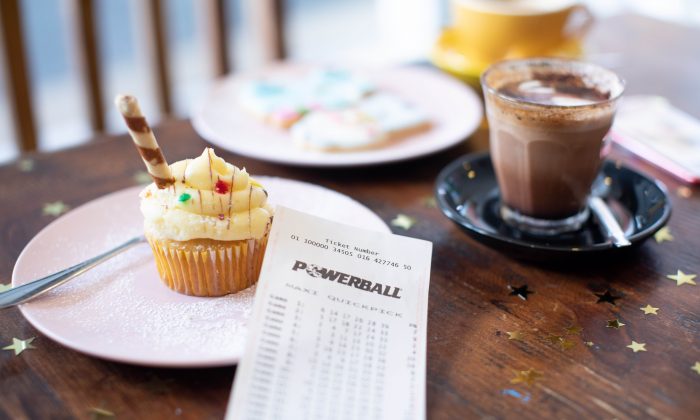 A Powerball lottery ticket in a file photo. (The Lott)
US News

Someone from Tennessee just won the Powerball Jackpot of $198 million on July 14.

Winners from North Carolina and California get $1 million each.

Officials do not know which store the ticket was purchased in, and the $198 million winner has yet to reveal themselves, the Nashville Tennessean reported.

According to the Tennessee lottery, this winner is the seventh person to win with all matching numbers in the state, but it isn’t the only state this game is played in.

Officials advised the winner to sign the back of their ticket, store it in a safe place, and consult a financial advisor before making the call to claim their prize money within 180 days, UPI reported.

‘Get Lost While You Still Can’

In Powerball related news, a man who won nearly half a billion dollars in Powerball had advice for another Powerball winner: run

That’s what “Wild” Willie Seeley would tell the winner of the $758.7 million Powerball.

“Just disappear,” he told NBC back in 2013 to any Powerball lottery winner. “Get lost while you still can.” He didn’t comment on the recent Powerball win.

Seeley and his 15 co-workers won the $450 million Powerball jackpot in 2013. At a press conference where the winners were announced, Seeley stole the show with his long beard, sunglasses, and a beat-up straw hat.

But later on, Seeley wished to have his old life back. His wife even called the lotto money “the curse.”

The “happy happy happy” couple had to deal with a “problem child,” and a never-ending line-up of media and money seekers.

“There are days I wish we were back to just getting paid every two weeks,” Willie said from his small home adorned with antlers.

Seeley and his wife, Donna, wouldn’t go so far as to give their money back, but they wouldn’t mind passing the spotlight to another winner.

And Seeley isn’t alone. The drama that comes with pocketing huge winnings is becoming a reality for more and more Americans as state lotteries expand.

Officials love lotteries as it’s a way to bring in revenue without raising taxes. With new games, rising ticket prices and a growing number of retailers, the jackpots are growing fast as well. Jackpots rarely surpassed $100 million a decade ago, but they now routinely reach to three times that amount.

And as Seeley’s fate shows, winning a huge sum comes with its complications. His share of the $450 million jackpot was divided along with two other winning tickets. The remainder was then divided between him and his 15 co-workers. After taxes he was left with $4 million, which “ain’t [much] in today’s economy,” he said.

But it was enough for Willie and his wife to leave their jobs, buy new cars, fix up the house, pay out the mortgage, snag a cabin on a big patch of land and, most importantly, help their family.

The couple helped one kid fund their house, and it funded a master’s degree for another. Willie paid for his father’s chemotherapy cancer treatment and watched him recover.

The cabin he bought was a dream come true—his gateway to a fishing and hunting lifestyle. It’s also a way to get away from the stream of hustlers, criminals, and the media that regularly show up at his door.

“I pulled a .357 magnum on the last fellow who came walking up the driveway,” he said.

That helped deter people from showing up in person, but the phone still rang. He heard from National Geographic, A&E, Ryan Seacrest Productions and more.

“They put me in the National Enquirer, next to Faith Hill and Tim McGraw. I mean I ain’t into all that,” Seeley said.

He wouldn’t even do it if he was paid to.

“Not for anything,” Willie said. “Would you want a camera following you around all day when you finally have the time to go hunting and fishing and do all the things you wanted to do?”

On Thursday, Massachusetts lottery officials on Thursday identified a 53-year-old health care worker who lives in Chicopee as the winner of more than $750 million in a Powerball drawing, the largest prize for a single ticket-holder in the contest’s history.