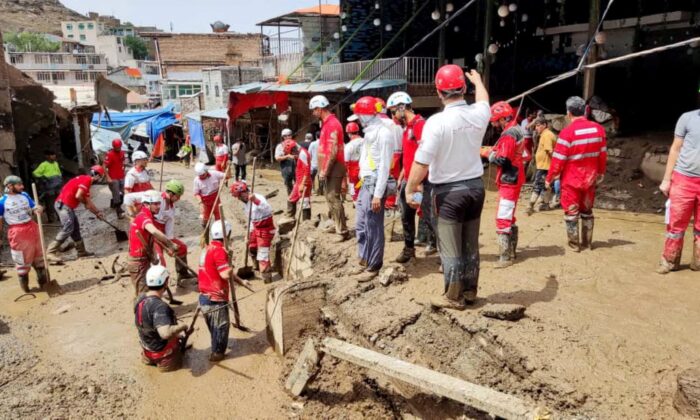 A landslide caused by heavy rains on Thursday killed at least six people in Tehran, Iranian state media reported, and as many as 14 people were reported still missing.

At least nine people were injured in the mudslides triggered by flash floods that drenched the foothills of the Alborz mountains in the early hours of Thursday.

He said several other areas of Tehran were also hit by floods, including Pardis, Shemiranat, and Damavand.

The head of Iran’s Red Crescent Society, Pirhossein Kolivand, told state TV that 18 of the country’s 31 provinces had been hit by floods.