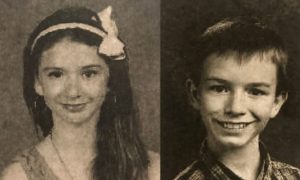 Video footage of two Georgia teenagers playing with a gun just moments before one is accidentally and fatally shot has emerged as officials identified the teens.

After accidentally shooting his friend, 15-year-old Devin Hodges fled from the makeshift shed they were in as other teens who were with them also ran away.

Soon, Hodges turned the gun on himself.

The Gwinnett County Police Department said that the other teen was 17-year-old Chad Carless.

“Detectives have learned the identities of the two males as well as more details into how the incidents unfolded. After multiple interviews from witnesses, detectives learned one of the males, Hodges, was showing the group a handgun when he accidentally fired a shot,” the police said in a statement.

“The shot struck his friend, Carless, sitting next to him in the cramped shed. Carless succumbed to his injuries before help could arrive. As officers were arriving at the scene, Hodges was seen running between two homes where he then took his own life with the handgun,” the statement continued.

Police officials haven’t said who owns the gun or how the teens obtained it. It was described as a handgun.

After officials identified the victims, chilling footage of the teenagers playing with the gun and pointing it at each other emerged. The footage was sent to their friends on Snapchat.

Bralen Bennett, 15, was one of the friends who got the footage. He said he was sent the Snapchat before falling asleep and when he woke up on New Year’s Day, his friends were dead.

“It’s is very sad. My son took classes with them and he received this video just moments before the tragedy,” his mother Rhonda Bennett told the Daily Mail.

Rest In Peace #ChadCarless and condolences to his friends and family. 14 years of age, dead. Hanging out with kids who don’t think guns kill. He never made it to today, 2019. Very sad! #EndlessVoicez #EV pic.twitter.com/ffBsbZZ0Ry

People who live in the area said that the shed is a popular hangout spot that was built many years ago.

“The (shed) is kind of a shack that kids hang out in, so we’re kind of like, ‘oh my God,’” Riverlanding Circle resident Barrie Hunter told the Gwinnett Daily Post. “We’ve lived here for 18 years—this is the first crazy thing (like this) to happen.”

Another neighbor, who declined to be identified, added: “The kids used to play (in) it when they were younger. Now, what goes on—who knows.”

Another person who lives in the area, Andrew Tran, told WSB-TV that he used to play in the same shed where the four teens were. “I was shocked because just thinking about it, it could have been my friends,” he said.

Other neighbors noted that the neighborhood is typically a quiet place.

“My son just came to tell me to look outside the window and we just saw all the police activity. I mean, it was really sad. They were so young,” Tanya Guiterrez, who has lived in the neighborhood for 12 years and resides just four houses away from where the shed is located, told WSB-TV. “Something like this never happened before. It’s sad and tragic.”