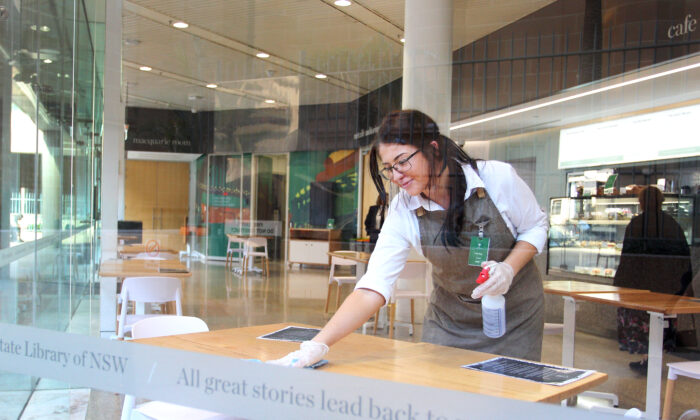 Children as young as 13 could be put to work to help fill labour shortages as Australia’s peak retail body calls for national minimum working age requirements.

Ahead of the federal government’s jobs and skills summit, the Australian Retailers Association (ARA) has released a submission calling for businesses to be able to tap into willing school-age workers.

The inconsistency in minimum age regulations across the country should be addressed on a national basis, ARA chief Paul Zahra said.

“An ideal model would be one where we allow 13- to 15-year-olds to work, with sensible regulations in place around not working during school hours or at times that would impact a young person’s education,” he said.

Zahra said Australia was at a crisis point when it came to labour shortages, with more than 40,000 vacancies in the retail sector.

“Agreeing to a national framework on young workers would help mobilise a willing and able cohort of people to help address the staffing shortfall,” he said.

But while the government is open to hearing all ideas at this week’s summit, Deputy Prime Minister Richard Marles said common sense needed to be applied when it came to putting younger teens to work.

“We don’t want to pre-empt what’s coming out of the jobs and skills summit over the next couple of days, but that’s certainly not a plan that the government has in mind,” he told the Nine Network on Wednesday.

The deputy prime minister said he wanted to hear ideas about how the pension system could be reformed to allow older Australians to re-enter the workforce if they wanted.

“Every business that you talk to, large and small, is struggling to find the people with the skills that they need, and that’s what we need to be addressing,” he said.

“I think the summit is going to be a really important opportunity to look at the way in which we can deal with what is a crisis in the country.”

Getting children used to the value of working was important, Nationals MP Barnaby Joyce said.

“Multi-generational unemployment, it’s very insidious … getting into a culture of work is important, but I think that really starts (with) doing jobs around the house,” he said.