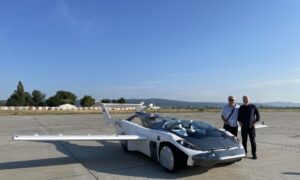 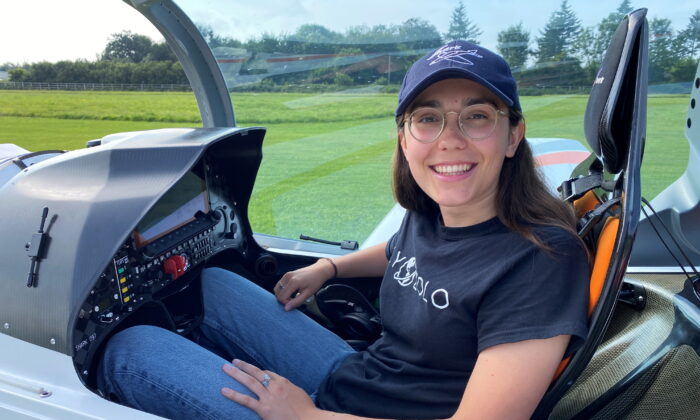 Nineteen-year-old Belgian-British Zara Rutherford is set to begin her round-the-world trip this month, taking off from her native Belgium on Aug. 11.

She hopes to inspire young girls to get involved with STEM and aviation.

“I wanted to fly around the world, have the girls see me and think, I’d love to fly one day too,” she told Reuters.

Zara was in the cockpit of a light plane within months of birth. She has been traveling in small planes since the age of six and began flying planes at 14. She has logged about 130 hours of solo flights.

“My entire family are pilots. My dad is a pilot, my mum is a pilot, even my little brother’s a pilot. So, it’s really in the family. I’ve been flying since I was born, with my dad, with my mom. So, then I just learnt that way,” she said.

Zara will be flying in a Shark ultralight, a light sport aircraft, soaring above five continents and 52 countries.

The aircraft is too small to fly over the Atlantic and Pacific oceans, so she’ll be flying up through Europe, over Greenland to cross the Atlantic, down and then up America, up to Alaska to cross the Pacific, then across Asia to Europe. The trek is expected to take two to three months.

“It’s a really weird feeling the moment you take off, it’s all fun. You know, you’re doing your checks, making sure you all ready. And then the moment the wheels leave the ground, it’s a completely different world. And I can’t describe it. It’s amazing,” she said.

Both Zara’s parents, Beatrice De Smet and Sam Rutherford, are pilots too.

“She’s been in an airplane since she’s about eight months old, so she’s crossed bits of Africa in a small airplane. So, she’s been in airplanes a lot,” De Smet said.

Rutherford’s parents won’t be flying with their daughter for her two to three-month trip, they’re preparing themselves for the inevitable parental nerves.

“I think for me it’s a bag of mixed feelings,” De Smet said. “I’m obviously anxious, but incredibly proud as well of her doing this, very aware of the risks, but I think she needs to fly away. It’s her dream, and she needs to live it.”