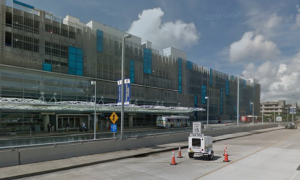 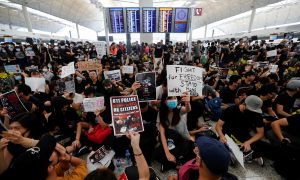 Hong Kong Airport Grinds to a Halt as Protests Swell
0 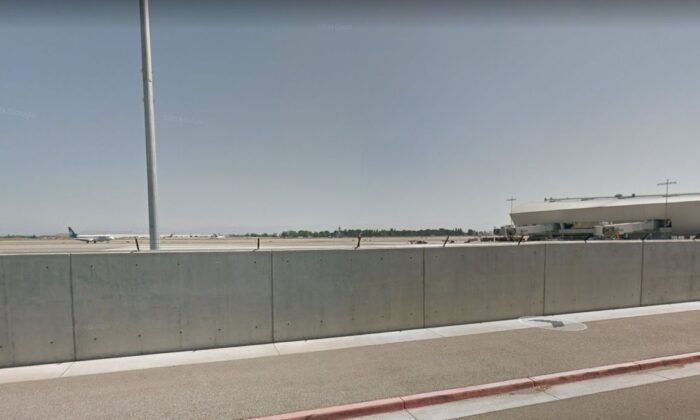 A 17-year-old California girl was arrested after she allegedly snuck into a small plane, drove it around, and crashed into a fence and building at a Fresno-area airport.

Around 7:30 a.m. local time on Wednesday, the girl climbed a fence at the Fresno Yosemite International Airport before entering a King Air 200 propeller plane before starting it up, the airport confirmed in a statement.

“The aircraft then began to move and pivot and crashed into a building and a fence on airport property,” the airport said. “The aircraft never became airborne, and there was no fire.”

The crash occurred in the airport’s general aviation area and didn’t cause any risk to commercial flights or passengers, officials said.

“Airport and Fresno police officers responded to a 9-1-1 call of the aircraft theft and crash. Fresno officers arrived first and contacted the female, who was seated in the pilot’s seat and wearing the pilot headset,” the airport wrote.

Officials said the girl, who was not identified, was “disoriented” and did not cooperate with officials when police took her into custody for aircraft theft.

The female was taken to a local juvenile hall that morning, the airport said.

The Federal Aviation Administration and other agencies are investigating the matter.

Airport officials said they could not determine a motive, but they said the teen likely has no “ties to domestic terrorism.”

Local officials told ABC30 that they are trying to determine how the girl started the plane and was able to get it moving.

When asked about the airport’s security, airport Police Chief Drew Bessinger told CBS News: “It’s a fence. Most any fence can be climbed if you are motivated enough to go over barbed wire.” He didn’t elaborate.

According to Business Insider, a King Air 200 plane is worth about $2 million.

The teen’s identity will not be released by police due to her age, although Business Insider posted a blurry photo of her.