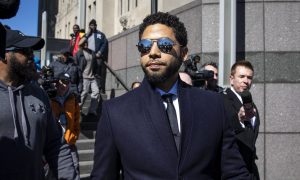 A teenager has reportedly been charged with attempted murder in the shooting of a 7-year-old girl who was trick-or-treating with her family in Chicago on Halloween, Fox reported.

He wrote on Twitter: “Juvenile person of interest now formally classified as a primary suspect in the shooting of a 7-year-old girl on Halloween. Criminal charges pending. Excellent work by detectives & prosecutors.”

Guglielmi also thanked the Little Village community for their help.

Police said the incident took place at around 5:30 p.m. on Thursday in the Little Village neighborhood of the city.

The young girl, dressed as a bumble bee, was walking on the sidewalk with her family when at least one man in a group of three began shooting at a 31-year-old as he ran past the girl.

He was subsequently left with an injured hand and taken to Mount Sinai Hospital in a stable condition.

However, the 7-year-old was hit in the neck by a stray bullet, leaving her in a critical condition.

She was rushed to Stroger Hospital and was expected to be transferred to Comer Medical Center.

Police consider the shooting to be gang related and believe the 31-year-old had been the target, adding that the young girl had simply been “in the wrong place at the wrong time.”

Superintendent of the Chicago Police Department, Eddie Johnson, initially announced they had identified a person of interest at a news conference on Friday morning, but said police were still searching for other suspects.

Johnson said the shooter had been wearing a Halloween mask similar to the one worn by Jason in the movie “Friday the 13th.”

He added that police were using video surveillance footage from a nearby police observation device camera and anonymous tips from the community to find the suspects.

Detectives later said on Twitter that they had recovered a firearm that they believed to be connected to the shooting.

A statement issued by the Cook County health department—which runs the hospital where the victim is being treated—on Friday said the girl remains in serious condition.

“The family of the 7-year-old girl who was shot in Little Village is grateful for the outpouring of love and support shown by all of Chicago and the nation. She remains in serious condition. At this time, the family is requesting privacy,” the statement said.