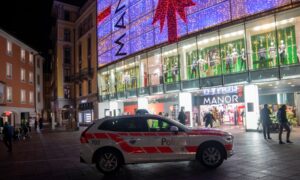 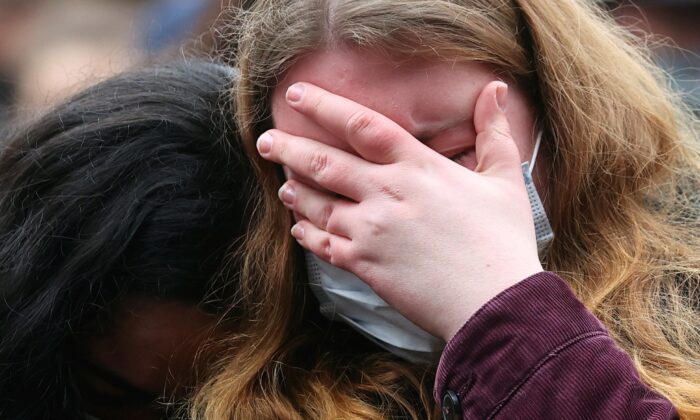 A person reacts at the site where a car crashed into pedestrians in Trier, Germany, on Dec. 2, 2020. (Kai Pfaffenbach/Reuters)
Europe

TRIER—Residents and politicians wept and hugged as they lay flowers and candles in the western city of Trier on Wednesday to commemorate five people, including a baby, killed by a drunk man who plowed a speeding car into a pedestrian area.

Prosecutors have said the suspect, a 51-year-old local, drank a significant amount of alcohol before racing through the city center for about 1 kilometer (0.6 miles) and driving into pedestrians in what authorities said was a deliberate act.

“The pain of the mother who lost her child and her husband takes my voice away,” said Malu Dreyer, premier of the state of Rhineland-Palatinate, her voice breaking.

“There will never again be the laughter of the father and the child. Others who have to mourn dead feel the same way … they will have to carry this burden for the rest of their lives,” she said.

The suspect was on Wednesday due to see a judge who would decide whether he was mentally fit to be criminally liable or whether he would need psychiatric treatment. The authorities have said there is no indication the man, overpowered by police, had a political or religious motive.

“Trier is mourning, Trier is suffering,” said Mayor Wolfram Leibe, wiping a tear from his eye.