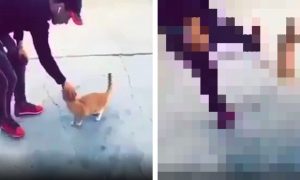 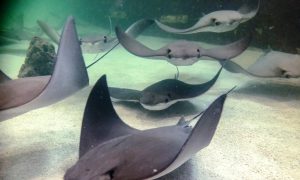 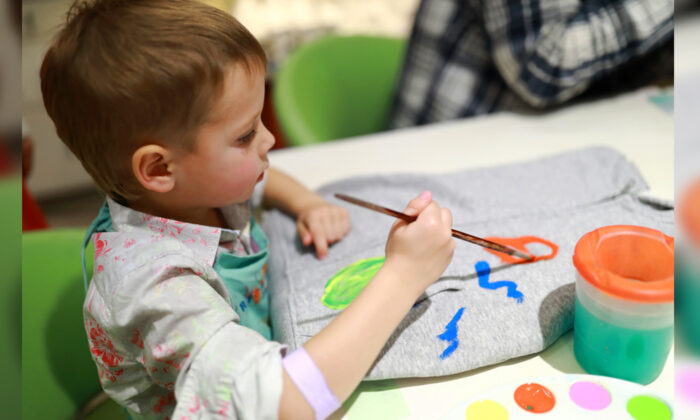 Teachers Get Children to Paint on Horse Instead of Canvas for School Activity, Sparking Huge Controversy

It all started out as what organizers thought was a simple artistic activity for school children at a summer camp. It ended with a heated debate on the internet about animal rights, and how horses should be treated.

A horse-riding club and school in Brazil’s capital found itself at the center of the controversy after having allowed children to use a white horse from their stables as a painting surface instead of canvases for an activity.

When the picture of the horse, covered from head to hind in bright colors, its mane seemingly dyed pink and a heart on its rump, started circulating on the internet, it went viral and drew the ire of animal-welfare advocates.

This teaches kids that animals are an 'objectified tool,' activists argue. https://trib.al/G0xLoQr

Located in the city of Brasilia, the club in question decided to let the children “doodle” on the horse as part of their efforts to familiarize them with the animals. As news show “J Serafim” reported, the school defended the activity on the grounds that it was done with paints and ink that were non-toxic and that it specifically targeted kids with special needs or who were uncomfortable with animals.

But for animal rights activist and lawyer Ana Paula Vasconcelos, what the school did was an act of abuse. “While we try to educate children so that we have a more conscious society, that knows how to respect all forms of life, we come across such an absurdity,” she stated.

For Vasconcelos, the idea that the horse is simply there for the children’s amusement was completely inhumane. As she told the J Serafim show, “They said it was a rescued horse, but that is not justified. The cruelty is the same.”

On her Facebook post, Vasconcelos encouraged animal lovers to join her to express “repudiation of this act of disrespect.”

The equestrian school argued that the horse wasn’t harmed by the painting in the slightest and that the activity was a positive one that would teach kids how to be around animals and appreciate them more. As Muriell Marques, the marketing manager for the school, told O Globo, “It’s a paint suitable for playing with children. If it doesn’t hurt the child, will it hurt the animal?”

Beyond any of the injury that the paint may have inflicted on the horse, others pointed to the problematic way it could encourage children to think about animals—as toys rather than living beings.

“By encouraging children to paint horses, you could inadvertently be teaching them to view animals as commodities that don’t deserve our respect,” Joanna Grossman of the Animal Welfare Institute in Washington, D.C., told Yahoo Lifestyle.

Agents from the Brazilian Environmental Institute came to evaluate the condition of the horse to determine whether it had suffered from the experience. “According to the inspectors, there were no ill-treatment and the animal was in good condition,” the Institute told O Globo.

As for social media users, they seem divided on whether the act simply constituted a harmless interaction or needed to be condemned as animal abuse. One user replied to Vasconcelos’s post, arguing, “The kids had a lot of fun and it’s nothing a good bath can’t solve! How many times do the children themselves paint each other?”

In a column for news site Metrópoles, journalist Sérgio Maggio argued, “An animal is not a toy for entertaining kids during vacation.”

In response to those who claimed that the painting wasn’t a big deal, one Facebook user asked, “Why doesn’t the teacher have the children paint on her … see how she likes it.”

Another user responded to Vasconcelos’s post, asserting that the painting of the horse was a minor issue in comparison with other animal rights abuses in the country, especially the mistreatment of pack animals in poor, rural areas.

While the two sides have yet to reach a consensus, thankfully the horse emerged intact for the most part, and the debate generated by its participation (willing or otherwise) got people talking about how to improve animal welfare.