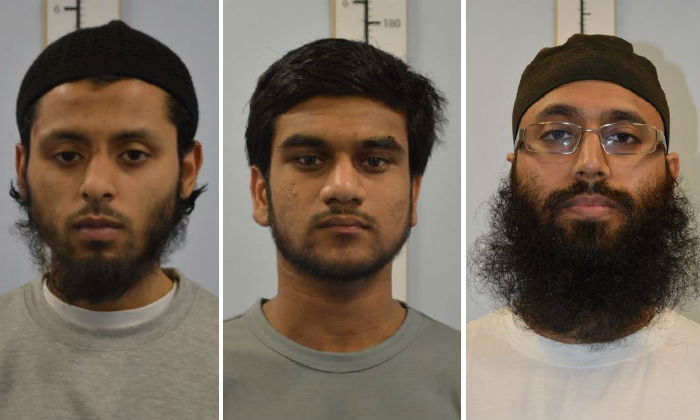 LONDON—A British supporter of the ISIS terrorist group was found guilty on Friday of trying to recruit children he was teaching into an “army” of jihadists to help carry out a wave of attacks across London.

Umar Haque, 25, showed the children beheading videos and other violent terrorist propaganda, forced them to re-enact deadly attacks on the British capital and made them role-play attacking police officers.

“His plan was to create an army of children to assist with multiple terrorist attacks throughout London,” said Dean Haydon, head of the Metropolitan Police’s Counter Terrorism Command. “He tried and he did, we believe, radicalize vulnerable children from the ages of 11 to 14.”

Despite having no qualifications and being employed as an administrator, police say Haque used the guise of teaching Islamic studies to groom 110 children into becoming militants at the Lantern of Knowledge, a small private Islamic school, and at a madrassa connected to the Ripple Road Mosque in east London.

Of those children, 35 are now undergoing long-term safeguarding measures involving social services and other authorities. Six of the group gave evidence at Haque’s trial, detailing how he taught them fighting was good and had given them training such as doing push-ups to build their strength.

His intention was to use them to attack London targets such as the Big Ben tower, soldiers from the Queen’s Guards, a large shopping center, banks, and media stations, prosecutors said.

Believed to have been self-radicalized online, Haque was inspired by an attack in March last year when Khalid Masood plowed a rented car into pedestrians on London’s Westminster Bridge, killing four, before stabbing to death a police officer in the grounds of parliament.

He had discussed with Abuthaher Mamun—a 19-year-old who also taught at the mosque—carrying out a similar attack using guns and a hire car packed with explosives. He had made the children re-enact Masood’s assault and told another co-defendant the public deserved to be annihilated.

“He tried to prepare the children for martyrdom by making them role-play terrorist attacks. Part of that role-playing was re-enacting attacking police officers,” Haydon said.

“He had shown them graphic terrorist videos—beheading videos and frightening terrorist activities overseas. He described himself as a loyal follower to IS.”

Haydon said the children had been “paralyzed by fear” into not telling their parents or teachers, with Haque saying he was part of ISIS and threatening that they would suffer the same fate as those in the terrorist videos he showed them.

However, Haque’s “ambitious”, long-term plans were in an early stage, he said. No issues had been raised at the school—rated outstanding by government inspectors—prior to Haque’s arrest and when it came to light what was going on, police initially met a wall of silence from the children.

“He shouldn’t have been teaching, so that’s a concern,” Haydon said. “We have had challenges with both the local community and some of these institutions.”

Haque was found guilty at London’s Old Bailey Court of a number of offences including preparing terrorist acts, having previously pleaded guilty to four charges.

Mamun, who police said was involved in fundraising and attack planning, and Muhammad Abid, 27, were also convicted of helping him. They will all be sentenced at a later date.