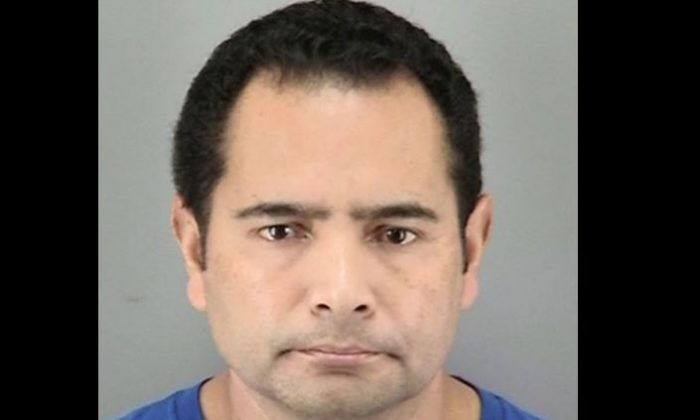 A man who was named “teacher of the month” was arrested this week in San Francisco after allegedly dangling a student over a balcony.

The “beloved” teacher, Andres Tobar, 47, had been on paid administrative leave since mid-December after the incident, reported the SF Examiner.

Tobar turned himself into police after a warrant was issued, according to the San Francisco Police Department.

The bilingual teacher has worked at Marshall for more than two decades and is “revered by students and parents alike for his dedication,” according to the outlet. A local organization nominated him as “Teacher of the Month” in 2013.

“Mr. Tobar has provided a nurturing and uplifting atmosphere in the classroom, he attends all after-school events and PTA meetings, leads morning assemblies, and brings treats in for staff members’ birthdays. His ardent dedication to both his students and school community is truly inspiring,” according to 826 Valencia, the organization.

San Francisco Unified School District headquarters was the site of a protest recently as some 30 parents demanded answers as to why Tobar was still on leave.

The district’s spokesperson Gentle Blythe told KTVU that Tobar was seen “cradling a student and holding the student over the balcony on the second floor of Marshall Elementary School” on Dec. 19.

Tobar has been charged with felony child endangerment/abuse, according to the police.

“If you believe you may have been a victim or had any suspicious contact with the subject please contact the San Francisco Police Special Victim’s Unit (415) 558-5500,” the police said.

Among those who know Tobar, many expressed shock over the arrest.

“It’s hard to see good people get punished,” Lloyd Rath, a colleague of Tobar’s for 11 years, told the Examiner.

Rath said that more than 100 families signed a petition of support for the teacher after the incident became public.

“He is a dearly loved teacher, and this will be a real challenge for the school to overcome,” Rath said. “I hope that Mr. Tobar is exonerated.”