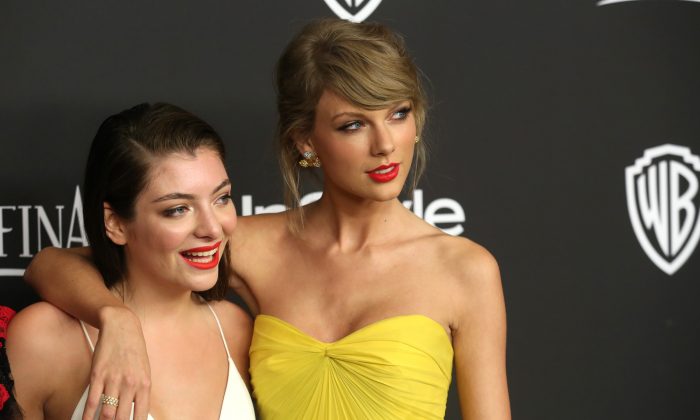 Taylor Swift had a “meltdown” after seeing ex-boyfriend Jake Gyllenhaal at a 2015 Golden Globes after party, according to a new report.

A source told Hollywood Life that Taylor had a “meltdown” after seeing Jake.

She wasn’t dancing,” said the eyewitness. “But I saw her grab her friend’s hand and repeat, ‘We have to go. We have to go.'”

She then got together several friends, including Cara Delevigne.

“The four girls were together and Taylor was having a mini meltdown,” the eyewitness said. “Cara’s arm was around Taylor, calming her down as Rita looked on. They were talking extremely closely.”

On the other hand, another eyewitness told Us Weekly that Swift and Gyllenhaal were completely cordial at the party.

“Taylor and her friends arrived at the Chateau Marmont just before 2 a.m. and Jake was there in the lobby. He was leaving as she was coming in. Taylor ran up and gave him a big hug and they caught up,” the eyewitness said.

“They were smiling and looked like any old friends catching up.”

Another eyewitness said: “Taylor said ‘Hi,’ and he said ‘Hello’ back and smiled.”

Swift and Gyllenhaal dated for two months in fall 2011.