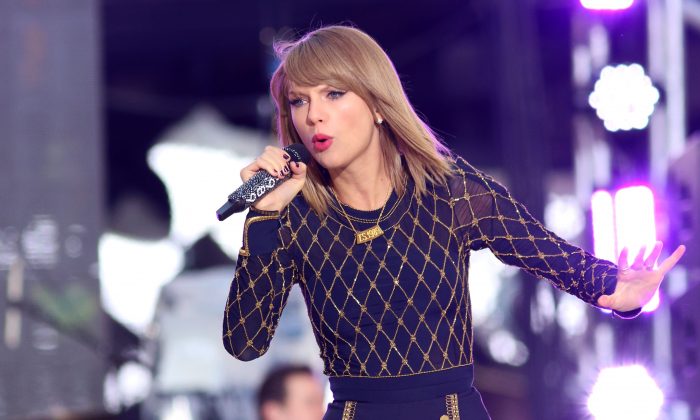 Taylor Swift Boyfriend: Rumors Say She Could be in Relationship with Singer Matt Healy

Swift, who recently came out with a mega-hit album, 1975, exchanged phone numbers with the singer, he said.

“We exchanged numbers,” Healy said in an interview, according to RadarOnline.

“Let’s see what happens. She’s a sensation – I wouldn’t say no.”

Healy responded to a joke that he and Swift could be a new celebrity couple. He said, “You’re calling that, are you? Let’s just see what happens.”

Swift went to a 1975 concert in Los Angeles with Selena Gomez.

She was also spotted wearing a 1975 T-shirt, and Healy was recently seen wearing a 1989 T-shirt.

A few years ago, she dated One Direction singer Harry Styles before the couple broke up.

“He wore her down. He was all like, ‘You’re amazing – I want to be with you. I want to do this,” a source told Vanity Fair at the time. After that, the relationship ended after a photo was published showing him kissing another girl.

Swift, 25, recently said that she will “outdo” the Rolling Stones in London’s Hyde Park this year.

A source told the Daily Telegraph: “Taylor wants this gig to go down in history. Her plans for the production are huge too. She wants to outdo people like the Rolling Stones and the Libertines who have played the gig in the last couple of years.”

“She’s taken note that everyone wants to see what’s next,” she added. http://www.telegraph.co.uk/news/celebritynews/11259794/Taylor-Swift-Ill-outdo-the-Rolling-Stones.html