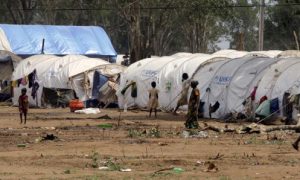 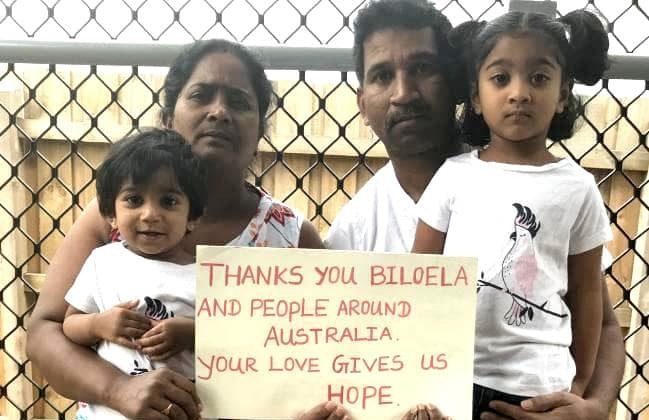 A Tamil family has been given another reprieve from deportation while lawyers fight in the Federal Court for their right to stay.

The court gave the family, which had settled in the Queensland town of Biloela, a two-day delay on Wednesday after Immigration Minister David Coleman decided not to use his discretionary powers in favour of the family.

That meant they were due for deportation by 4 p.m. on Friday, giving lawyers enough time to consider new materials.

However, on Friday morning, Justice Mordy Bromberg ruled the government could not forcibly remove the family, who are detained on Christmas Island, until 4 p.m. on September 18.

It came after barrister Angel Aleksov flagged the family had lodged a new application, which would be decided at an interlocutory hearing the same day.

The family’s legal case hinges on two-year-old Tharunicaa, who was born in Australia, and her right to apply for a protection visa.

Despite being Australian-born, Tharunicaa has been deemed an “unauthorised maritime arrival” under the Migration Act, which stipulates children of asylum seekers who arrive in the country by boat cannot apply for a visa.

Justice Bromberg said both parties had consented to the delay until a full and final hearing was held.

Her parents Priya and Nadesalingam and four-year-old sister Kopika have been deemed not refugees, not qualifying for Australia’s protection, by a succession of courts, including the High Court.

Under Canberra’s Operation Sovereign Borders policies, migrants intercepted at sea while trying to reach Australia are returned to the boat’s country of origin unless they classify as refugees under the UN definition.

Minister for Home Affairs Peter Dutton wrote in an op-ed of the Tamil family, “The mother and father arrived illegally by boat in 2012 and 2013 respectively. They were part of the 50,000 people who arrived on 800 boats under Mr. Rudd and Ms. Gillard.

“Labor initially put them into detention and they were told all those years ago that, on the details they provided, they were not refugees under the UN definition so they would have to go home. They were told that they would never settle permanently in Australia, just like many others who arrived by boat. They never accepted that decision.”

Migrants who reach Australia are sent to Australian-run offshore processing centres in Papua New Guinea and the South Pacific island of Nauru, where their cases are considered for asylum. Some illegal immigrants who don’t meet the UN criteria voluntarily return to their country of origin while others appeal their case in Australia’s courts at the tax payers’ expense.

Prime Minister Scott Morrison said on Monday, Sept. 2, that allowing the Tamil family to stay would encourage further attempts by migrants who are not true asylum seekers.

Dutton wrote: “They have explained their circumstance to every decision-maker and Judge and every one of them has rejected their claim for protection … that is that they are not refugees.”

“The civil war in Sri Lanka is now over and Tamils from around the world have returned to their country and have been accepted back by a democratically elected inclusive government. It is true though that Sri Lanka still doesn’t have the industry, welfare system or job opportunities we enjoy in Australia.

“It’s not that this family or those in the 68 million figure are unworthy or not sincere in their desire to live in Australia,” Minister Dutton continued. “The reality is our government, with the support of the majority of Australians, has taken tough decisions over a number of years now to keep our borders secure and people off boats.