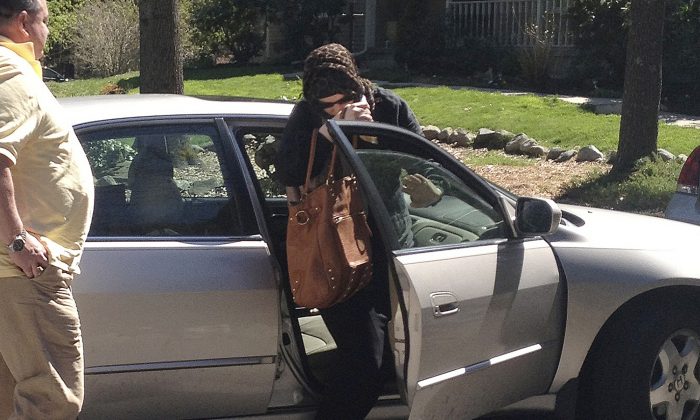 Tamerlan Tsarnaev’s Wife to be Questioned

Tamerlan Tsarnaev’s wife: Police want to interrogate the wife of the deceased suspect in the Boston Marathon attack Tamerlan Tsarnaev, 26. Her attorney is speaking with officials on how to proceed.

Katherine Russell Tsarnaev, 24, was working long hours seven days a week in the time leading up to the Boston Marathon attack.

Her attorney, Amato DeLuca, told The Associated Press: “When this allegedly was going on, she was working, and had been working all week to support her family.”

She has been staying with her parents in North Kingstown, R.I., since her husband was killed in a shootout with police on Friday.

Her family released a statement on Friday published by the New York Daily News: “Our daughter has lost her husband today, the father of her child. We cannot begin to comprehend how this horrible tragedy occurred … In the aftermath of the Patriots’ Day horror we know that we never really knew Tamerlan Tsarnaev. Our hearts are sickened by the knowledge of the horror he has inflicted.”

Russell Tsarnaev worked as a home health care aid, while Tsarnaev stayed home with their toddler daughter. She found out her husband was a suspect in the attack when she saw a news broadcast on television.

Tsarnaev and his younger brother Dzhokhar Tsarnaev, 19, are both suspected of the attack that killed three and injured more than 180 people on April 15. DeLuca said Russel Tsarnaev rarely saw her husband’s younger brother.

The two ethnic Chechen brothers became increasingly religious in the time leading up to the attack. The motives of the attack are still unclear. The younger brother is recovering from injuries in hospital, which has delayed the interrogation process.

Russell Tsarnaev had converted to Islam, though she was raised Catholic.

A neighbor told The Daily News that she went away for college and when she returned, she was wearing Muslim garb. She attended Suffolk University in Boston when she met Tsarnaev at a nightclub, DeLuca said. They married four or five years.

Katherine Russell’s mother, Judith, told The Daily News when asked how she was doing, “Basically, he’s dead and we have to deal with it.”

DeLuca said he is working with authorities on how to proceed with the interrogation: “We’re deciding what we want to do and how we want to approach this.”