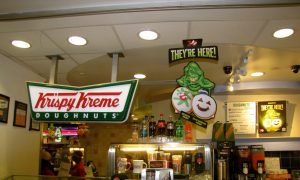 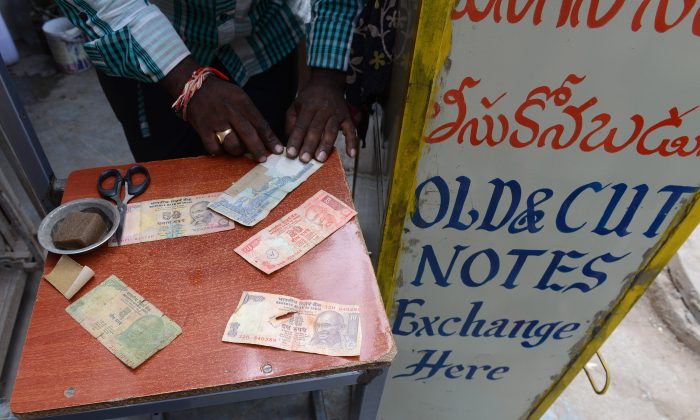 Indian rupee notes at a street stall in Hyderabad on August 29, 2013. India's and other emerging markets currencies and stock markets have suffered major losses in 2013.
Business & Economy

More likely than not, the Fed-taper is coming in September. Reduced Fed bond-buying puts emerging markets under pressure, even more so than U.S. stocks. Consequently, prudent investors need to limit their exposure.

Since May, when the Fed first signaled that the recent quantitative easing (QE) program may end, emerging market (EM) stocks have been underperforming the U.S. S&P 500 by a wide margin.

The sell-off in emerging markets was triggered by fears that rising U.S. treasury yields will end dollar flows into global markets. In the past few years, low treasury yields and loose U.S. monetary policy have sent dollars overseas for higher returns, which helped foreign economies to make up for a trade deficits.

Now all of a sudden, the trend has reversed, which has battered the currencies of India and Indonesia (both the rupee and the rupiah have hit multi-year lows against the dollar this week), as well as Brazil and Turkey. To restrain the currency moves, Brazil on Aug. 28 raised its key interest rate to a 16-month high of 9 percent, and Indonesia enacted similar measures on Thursday. Higher rates of return should, in theory, compel investors to move their money back into the countries.

India instituted capital flight limits to stem the outward flow of money, widely seen as a measure of last resort when monetary policy options have run out. The rupee is down 25 percent year-to-date against the dollar, and the Benchmark Sensex Mumbai Index is down 11 percent in the last three months. If a U.S. investor had put his dollars there at the beginning of the year, he would have lost a whopping 36 percent.

Recent tensions in Syria have increased geopolitical risks in the financial markets, another uncertainty for EM economies.

Limit EM Exposure
As a result, Investors should trim their holdings of corporations that rely on revenues and growth from EM economies.

Some of the well-known names include engine manufacturer Cummins (NYSE: CMI) and fertilizer firm Mosaic (NYSE: MOS) which rely on India for large portions of their revenues, agricultural product supplier Monsanto (NYSE: MON) which relies heavily on Brazil, and Yum Brands and Wynn Resorts which have major operations and revenue bases in China.

Jeff Gundlach, founder of the hedge fund Doulbeline said on CNBC Thursday that Russia’s major firms are far less dependent upon quantitative easing stimulus compared to other EM countries. Instead they rely on energy, oil, and commodities. Those assets have been on the rise due to possible military escalation in Syria and the corresponding uncertainty it casts over the Middle East. In addition, Russia is a major energy supplier to continental Europe and would benefit from a rebound in the European economies.