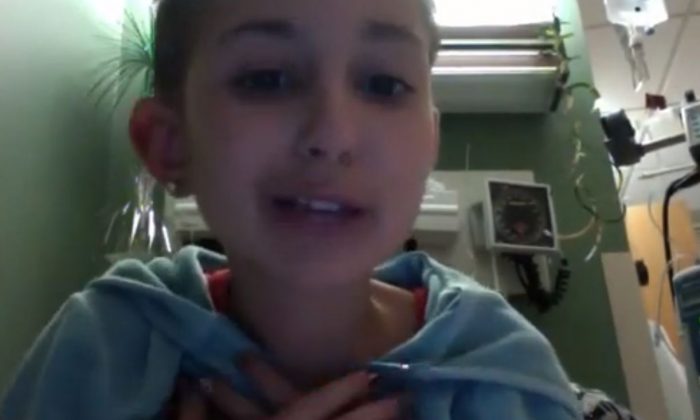 Talia Joy Castellano, described as a 13-year-old beauty expert, died from cancer on Tuesday, it was reported. She was best known for her popular YouTube channel about beauty tips.

“#prayfortalia It is with a heavy heart that we share with all of you that Talia has earned her wings at 11:22am. Please lift her beautiful soul, her beautiful light to heaven and please send your love and prayers to her family during this most difficult time,” it reads.

“God speed little one, may you be free from pain and suffering, may your soul feel the light and love that you brought to so many of us on this Earth during the short time you were her with us. We will miss you more than you will ever know baby girl,” the statement continues.

The news of her death comes a day after a Facebook post said she had spent six months in the hospital.

Castellano was diagnosed with cancer several years ago, but she shot to YouTube fame after she posted a series of tutorials on beauty. She later appeared on “The Ellen Degeneres Show.”

In one of her videos, she explained having cancer.

“Having cancer has been a gift yet a horrible, horrible, terrifying thing. But I’ve gotten so many benefits from it…Having a Youtube channel and having to inspire people, and having people look up to me and explaining to you guys how I love and adore makeup, using it as my wig and having so much self-confidence to go out to the grocery store without a wig… it’s just amazing,” according to a transcript of what she said provided by the Hollywood Life website.

According to the Huffington Post, she had two forms of aggressive cancer: nueroblastoma and preleukemia.

“YouTube, and all the support that I get from everyone telling me that I’m inspiring and not to give up, it really makes you stop and think about how many people there are that love you… You’re not there alone,” Talia was quoted by the WhatsTrending website as saying in August 2012.