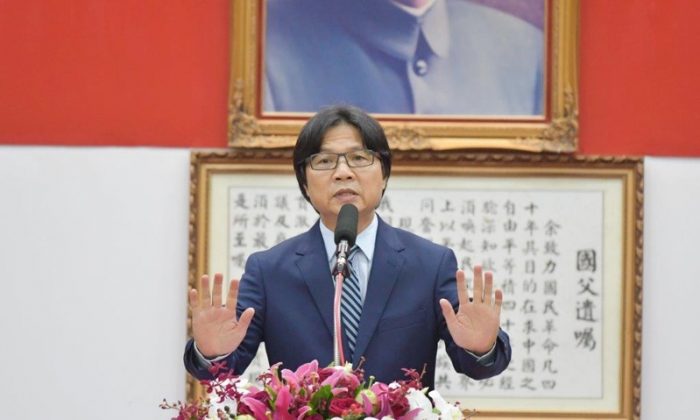 The Taiwanese government officially dissolved the Communist Party of the Republic of China on June 4.

More commonly known as Taiwan, the self-ruled island passed the Political Party Law in November 2017, which prohibits political parties from investing in businesses, or possessing party names and logos that have a hidden discriminatory or hateful meaning.

Additionally, parties that fail to elect a candidate for public office or hold a party representative meeting for four consecutive years will have their registered status with the government revoked.

Taiwanese newspaper United Daily News reported that Taiwan’s Ministry of Interior announced that the 24 parties, including the Communist Party of the Republic of China, have been dissolved. The week prior, on May 23, Communist Party members made the decision to self-dissolve at a representative meeting.

On Taiwan’s popular social media platform, PTT, several netizens welcomed the news. One netizen with the moniker “aftercome86” wrote, “Good. Any party that jeopardizes Taiwan’s’ sovereignty should be eliminated.” Some netizens were surprised that a Communist Party could even be legally registered in Taiwan.

After being defeated at the hands of the Chinese Communist Party (CCP) during China’s civil war, members of Kuomintang, also known as the Nationalists, retreated to Taiwan. While China is under an authoritarian one party rule, Taiwan is a multi-party democracy with its own constitution, legislature, currency, and military. Relations between China and Taiwan are fraught because Beijing considers the island nation a renegade province that must someday be reunited with the mainland, with military force if necessary.

Before Taiwan transitioned to become a true democracy with the first direct presidential election in 1996, it was ruled by the Kuomintang. The spreading of communism, the enemy’s ideology, was thus forbidden in the island. Any communist organization or party was considered illegal under Article II of Taiwan’s organization law.

In June 2008, Taiwan’s judicial court ruled that Article II was in violation of the freedom of assembly and speech guaranteed by the island’s constitution, which paved the way for the Communist Party of the Republic of China to legally register with the Taiwanese government on July 20, 2008.

In recent years, the Chinese regime has tried to infiltrate Taiwanese society and spread its Communist agenda, angering many Taiwanese who disagree with the authoritarian regime’s actions. In October 2017, four students of National Taiwan University were beaten by members of two pro-Beijing Taiwanese organizations—the Chinese Unity Promotion Party and the Patriot Alliance Association. The students were protesting a concert to be held at the university that was organized by a mainland Chinese reality television program. The concert was later canceled amid mounting public pressure by locals who considered the concert to be propaganda by the Chinese Communist Party.

Chang An-lo, the leader of the China Unity Promotion Party, is an infamous local gang boss who advocates for the country’s capitulation to China.