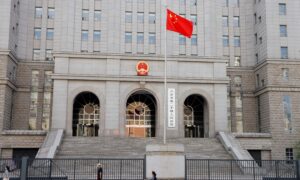 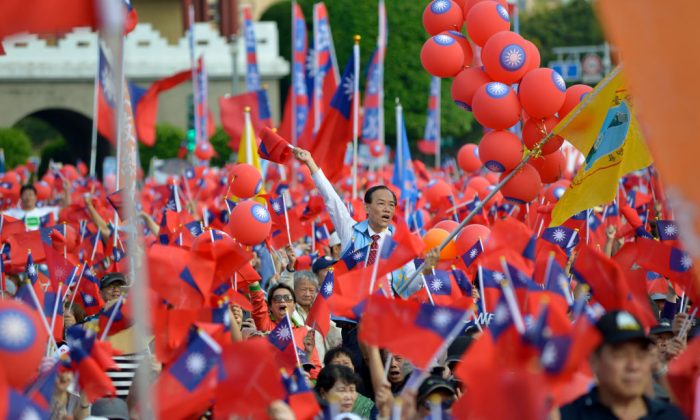 A Taiwanese citizen who immigrated from mainland China and is a candidate for council in Taipei City has been arrested and charged with taking bribes from China, the latest instance of Beijing’s continued attempts at political meddling in democracies around the world.

Zhang Xiuye, who is seeking to represent Taipei City’s Wanhua District, cannot leave the island and was confined to her residence by prosecutors on Nov. 13, Taiwanese media reported. She is the secretary general of the Patriotic Alliance Association (PAA), also known as the Concentric Patriotism Alliance, a pro-Beijing organization in Taiwan.

On Nov. 24, Taiwanese citizens will elect a range of public officials, including mayors, county magistrates, legislators, as well as village and township-level public officials.

The island’s existing laws governing political donations and relations between Taiwan and China prevent mainland Chinese citizens or organizations from donating to Taiwan’s political candidates. In October, Taiwan’s Ministry of Justice announced that it had gathered intelligence on about 33 cases of Beijing assisting Taiwanese political candidates.

In addition, Zhou Qingjun, founder of the PAA, is suspected of using funds from China to support Zhang’s election bid. Zhou, also head of the China Democratic Progressive Party, a pro-Beijing political party that supports unification of Taiwan and China, has also been barred from leaving Taiwan and is confined to his residence.

A day before the travel bans were announced, prosecutors conducted searches at five locations, including Zhang’s home and her campaign office, while interrogating more than 10 individuals suspected of violating election rules, including Zhang and Zhou.

The prosecutor established a case against Zhang and Zhou after acting on a tip that in early October, a large-scale banquet was held to rally for the support of Zhang’s election bid, with many citizens residing in Wanhua District attending. Taiwanese media reported that the banquet’s total expenses could be over 250,000 Taiwan dollars (about $8,096).

Zhou also frequently traveled to China, the prosecutor’s office said in its Nov. 13 announcement. When he returned, he often carried large sums of Chinese yuan. Zhou would then exchange the money into Taiwan currency through a man only identified by prosecutors by his surname Chen.

Chen acknowledged that he’d helped members of PAA with currency exchange, and posted bail of $300,000 yuan ($43,221) after the prosecutor determined that his actions had violated Taiwan’s banking law, which prohibits entities other than a bank or financial institute from exchanging currency.

Taiwanese media United Daily News reported another incident in August that pointed to PPA’s direct ties to Beijing. Zhang treated over 20 members of PAA and their spouses to a week-long trip to Guizhou, a mountainous province in southwestern China. All the expenses were paid for by Beijing, according to Taiwanese prosecutors.

Beijing’s political meddling goes beyond Taiwan. Also this month, Hilda Heine, president of the Pacific island nation of Marshall Islands, narrowly survived a no-confidence motion initiated by Beijing-friendly senators. She alleged that they opposed her for rejecting a proposal to establish a tax haven that could have benefited China.

Beijing employs many tactics to try to influence Taiwan’s elections. In a Nov. 11 article published by Taiwanese newspaper the Liberty Times, citing officials from Taiwan’s security bureau, Beijing tried to use funds to influence underground illegal election betting markets. By placing wagers on a certain candidate, it could mislead or sway ordinary Taiwanese into favoring one candidate over another.

In addition, Beijing also has invited village-level and township-level officials, as well as heads of local farmers and fishery associations, on trips to China, with the goal of persuading these officials to convince more Taiwanese to vote for Beijing-friendly candidates.