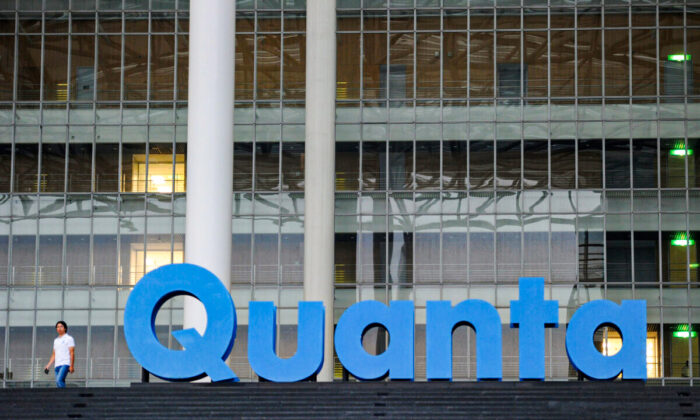 A man walks past a Quanta logo outside the company's factory in Taiwan's northern Taoyuan county on Sept. 21, 2011. (Sam Yeh/AFP via Getty Images)
Business & Economy

The COVID-19 situation in China and its implications for production in some of the hardest-hit regions of the country is front and center of all discussions. Most tech giants depend on companies operating factories in the country—either for the supply of components or for assembling of products.

The company has eight factories in Shanghai, employing about 40,000 workers.

Quanta’s F1 and F3 factories have commenced limited-scale operations, a report from a Chinese newspaper noted. More than 5 percent of the employees returned to work on Monday and this number would increase to 15 percent by Friday, April 22, it added.

Quanta, according to Xinhua, supplies onboard computers and control units for Tesla’s Giga Shanghai plant.

Companies such as Tesla and Apple face the prospect of demand outstripping supply, as the war in eastern Europe and the COVID-19 lockdowns in China severely impaired the supply chain.

Apple suffered a $6 billion hit in the September quarter, with chip shortages and COVID-19-related shutdowns in Southeast Asia blamed for the predicament. CEO Tim Cook reassured investors when he said on the December quarter earnings call that the supply chain situation is improving. At that time, the CEO would not have had an inkling of the resurgence of the coronavirus in China.