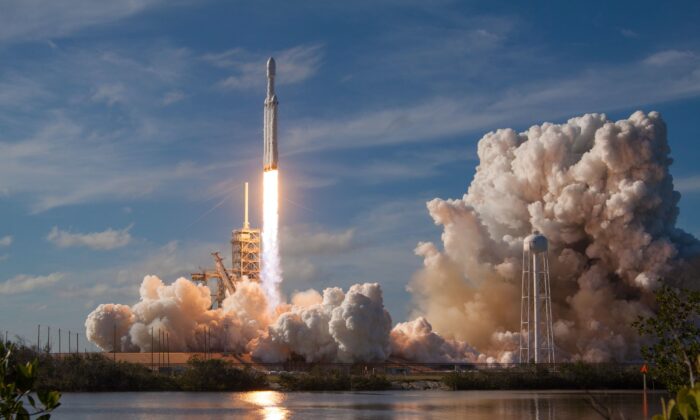 Australia has approved its first major rocket launch in many decades. (SpaceX)
Australia

Taiwan to Launch a Rocket from Australia

Australian company Southern Launch will send a Taiwanese rocket into space in Australia’s first major launch since the 1960s.

Minister for Industry, Science and Technology Christian Porter, announced the launch approval on Aug. 23, saying it marked a significant milestone for the local industry.

“This is an important outcome in establishing Australia’s commercial launch capability and demonstrating what our country can offer to the international space sector,” Porter said.

After Taiwan’s unsuccessful launch at a site in Taitung County on Feb. 13 last year due to unsuitable weather, the island state decided to launch its commercial rocket from wholly Australian-owned company Southern Launch.

Chief executive Lloyd Damp said the company was delighted to work with the Taiwanese company.

“Southern Launch is pleased to be partnering with TiSPACE to conduct the first test launch at our Whalers Way Orbital Launch Complex on the Eyre Peninsula,” Damp told InnovationAus.

“This is an exciting development on our journey to establish the first site in Australia capable of launching commercial satellites into orbit, enabling South Australia to start capturing part of the $5.5 billion global space launch market.”

“Without space services, there is no Google Maps, no broadband internet, and no effective way to monitor the environment or manage emergencies like floods and bushfires,” Schneider said.

“With domestic launch sites for commercial use, no more will Australia send money and give away jobs to the launch industries of New Zealand, the United States, Europe or India,” Schneider said.