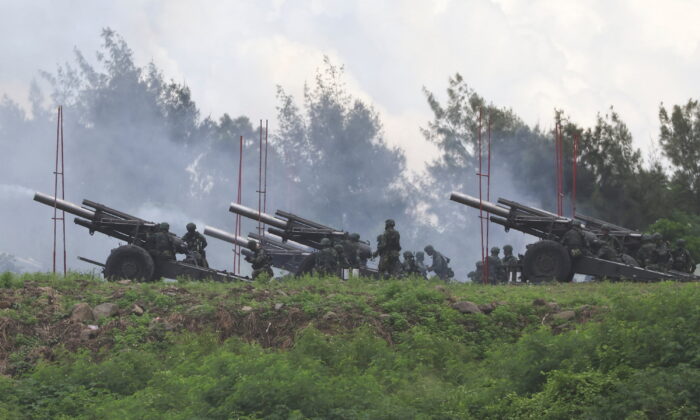 Taiwan Shoots Down Drone Over Islet Near China

Taiwan’s military shot down a drone that flew over one of its islands on Sept. 1, amid increasing tensions with communist China.

The drone entered the airspace over the Shi Islet, ignoring several flares and warning shots, the local military command said, according to an ABC report.

The incident happened just one day after Taiwan used live ammunition to warn away a Chinese drone from the same island chain just miles off the coast of mainland China. Taiwanese President Tsai Ing-wen said she ordered the ministry of defense to take “necessary and strong countermeasures” to defend Taiwan’s airspace after that incident.

“I want to tell everyone that the more the enemy provokes, the more calm we must be,” Tsai said. “We will not provoke disputes, and we will exercise self-restraint, but it does not mean that we will not counter.”

Taiwan’s Defense Ministry stated that the drone it shot down on Sept. 1 was designed for “civilian use,” but didn’t further specify its type or any equipment that it may have been carrying.

The Chinese Communist Party (CCP), which rules China as a single-party state, claims that Taiwan is a rogue province of China. Its leadership has vowed to unite the island with the mainland and has claimed that it’s willing to use military force to do so.

However, Taiwan has been self-governing since 1949 and has never been controlled by the CCP. Moreover, its democratic government and thriving market economy make it a vital trade partner with numerous nations, including the United States.

Tensions between the CCP and Taiwan’s democratically elected government have been fraught since the beginning of August, when U.S. Speaker of the House Nancy Pelosi visited Taipei. CCP officials claimed that the visit was a violation of its supposed sovereignty over Taiwan, even though it isn’t unusual for U.S. delegations to visit the island.

Chinese forces mounted their largest-ever joint exercises in the region as a response, going so far as to fire hypersonic missiles directly over Taiwan, which then landed in the waters of Japan’s exclusive economic zone. CCP forces also encircled and temporarily blockaded the island while simultaneously launching a series of cyberattacks on Taiwanese infrastructure.

Taiwan’s foreign minister said the CCP maneuvers were a preparation for an invasion of the island and, since then, the CCP and Taiwan have engaged in a series of dueling military drills.

Similarly, U.S. leadership claimed that the communist regime was attempting to unilaterally change the status quo over Taiwan and that it used Pelosi’s visit as a pretext to launch a pre-planned campaign of military intimidation.

The White House also stated that the CCP has “overreacted” with its “destabilizing” aggression toward Taiwan.