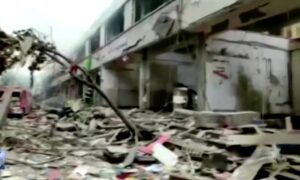 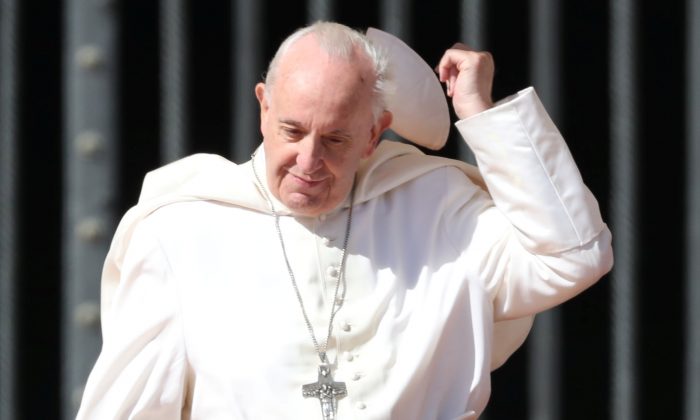 Taiwan Says Will Closely Watch ‘Suppression’ by China After Vatican Accord

TAIPEI—Taiwan said on Sept. 27 its relationship with the Vatican is stable, although it will closely watch what it described as “suppression” by China following a landmark deal between Beijing and the Vatican on the appointment of bishops on the mainland.

The Vatican has signed an agreement giving it a long-desired say in the appointment of bishops in China, triggering worries among some officials in Taiwan that the Vatican could switch diplomatic recognition to Beijing.

The Holy See is Taiwan’s last remaining diplomatic ally in Europe. The self-ruled island of Taiwan has formal relations with 16 other countries, many of them small, less developed nations in Central America and the Pacific.

Taiwan, which Beijing views as a region that will one day be reunited with the mainland, has routinely accused China of using dollar diplomacy and bullying to lure away its allies, charges Beijing has denied.

“We will closely watch the suppression and calculations from China,” Taiwan Foreign Affairs Ministry spokesman Andrew Lee told reporters on Sept. 27 in response to comments from Beijing that it wanted to deepen ties with the Vatican.

“The Taiwan-Vatican relations are stable,” he said, adding that Taiwan would actively assist with a plan by the Vatican to remodel its embassy in Taipei, using that as an example of the stable ties.

Critics have labeled the Vatican accord with China as a sellout to the Communist government, with Cardinal Jospeh Zen, the most senior Catholic cleric on Chinese soil, describing it as “an incredible betrayal.”

“They’re giving the flock into the mouths of the wolves,” 86-year-old Zen told Reuters last week.

Since the deal was signed on Sept.22, the Vatican has not mentioned Taiwan.

On Sept. 26, Pope Francis urged China’s leaders to move ahead with “trust, courage and farsightedness” and called on Chinese Catholics to not shrink from offering “a word of criticism” when necessary to defend human dignity.