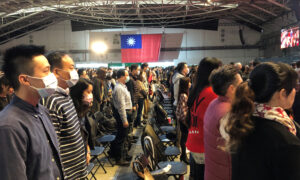 Taiwan Says It Didn't Need China's Permission for WHO Meeting
0 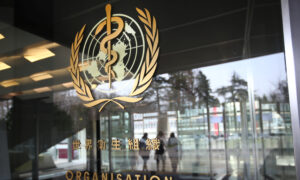 'Don't Be Kidnapped By China': Taiwan Tells WHO in Bid for Separate Virus Tally
0 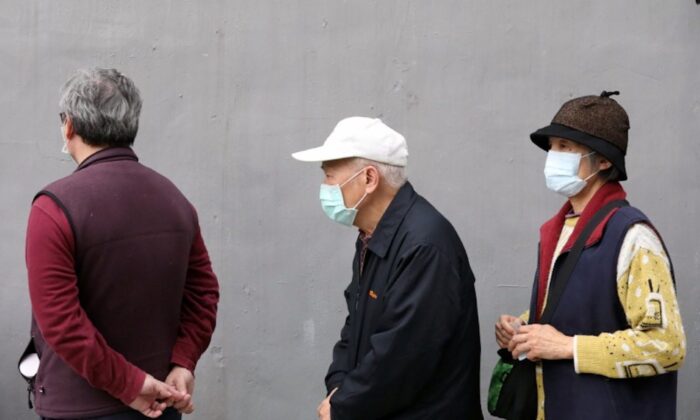 People wait in long lines to buy face masks in order to protect themselves from the coronavirus disease (COVID-19), outside a pharmacy in Taipei, Taiwan, on March 17, 2020. (Ann Wang/Reuters)
Asia & Pacific

TAIPEI, Taiwan—Taiwan accused the World Health Organization of ignoring its questions at the start of the CCP virus outbreak, part of what it has long described as a pattern that puts it at risk because of pressure from Beijing to exclude it from international organizations.

Taiwan is barred from membership in the WHO under pressure from China, which views it as part of its territory—despite the fact that the self-ruled island has its own democratically-elected government, currency, and military.

Taiwan responded early to the coronavirus outbreak in China, and has had notable success in limiting contagion so far, with just two deaths and 215 cases.

Taiwan’s government has said that keeping it out of the WHO during the outbreak amounts to playing politics with Taiwanese lives, and it has been denied access to first-hand information. Both the WHO and China say Taiwan has been provided with the help it needs.

Speaking to reporters in Taipei, the island’s Centers for Disease Control chief Chou Jih-haw said that it had written to the WHO and China as early as Dec. 31, asking for information about the newly uncovered virus outbreak in China’s Wuhan city, including whether there was human-to-human transmission.

“We asked them whether there’s a possibility of human-to-human transmission. We indeed asked them and reminded them of the matter,” Chou said. He said the WHO confirmed it had received the letter but did not respond to it.

Health Minister Chen Shih-chung, sitting next to Chou, said Taiwan had fortunately decided that same day to begin screening passengers flying in from Wuhan, and activated its emergency operations center on Jan. 2—a move experts say allowed Taiwan to effectively control the early spread of the virus.

While Taiwan did send experts to China in January, they were not allowed to see any patients or to go to the market where the virus is believed to have originated, Chen said. That trip made Taiwanese officials realize they had to act quickly.

The WHO, in a statement to Reuters, did not directly address the issue of Taiwan being ignored, but said its office in China was informed of the “pneumonia of unknown cause” on Dec. 31.

“Since that time until now WHO has regarded the event as very serious and applied the full range of attention to it from across the organization,” it said.

The Chinese regime has pressured international organizations to accept China’s sovereignty claims, including the WHO. In Beijing, Chinese Foreign Ministry spokesman Geng Shuang said that the WHO dealt with Taiwan under the “one China” policy.

Thus, Taiwan is not a WHO member state. From 2009 to 2016, Taiwan’s health ministers took part in the World Health Assembly (WHA), the decision-making body of the WHO, as observers. But since 2017, Taiwan has been barred by China from taking part in the assembly and its meetings.

Taiwan has also complained about the WHO listing its cases under China’s, saying this has confused countries into believing its situation is as serious as in mainland China.