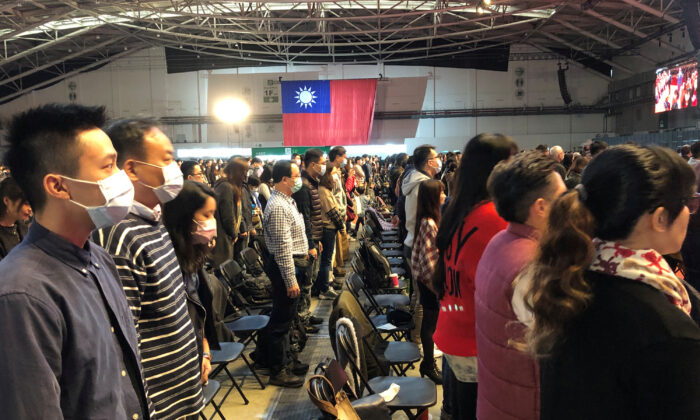 TAIPEI—Taiwan’s presence at a World Health Organization (WHO) meeting this week on the new coronavirus was the result of direct talks between the island and the body, and did not require China’s permission, Taiwan’s Foreign Ministry said on Feb. 12.

The island’s lack of WHO membership, due to the objections of China, which considers it a wayward Chinese province and not a separate state, has been an increasingly sore point for Taiwan amid the coronavirus outbreak.

Taiwan has complained it has been unable to get timely information from the WHO and has accused China of passing incorrect information to the organization about Taiwan’s total virus case numbers, which stand at 18.

But in a small diplomatic breakthrough for the island, its health experts were allowed to attend an online technical meeting on the virus this week.

“The participation of our experts at this WHO forum was an arrangement made by our government and the WHO directly. It did not need China’s approval,” Ou added.

Taiwan’s experts took part in a personal capacity to avoid political disputes, and did not give their nationality when joining the online forum, she said.

The WHO, responding to questions from Reuters, said the aim of the meeting was to gather leading global scientists “to set research priorities and accelerate the generation of critical scientific information and the most needed medical tools” to contribute to the emergency response to the new coronavirus, COVID-19.

Taiwan’s WHO exclusion became another point of contention between China and the United States last week, after the U.S. ambassador to the U.N. in Geneva told the WHO’s Executive Board that the agency should deal directly with Taiwan’s government.

Taiwan’s democratically elected government says that it alone has the right to represent the island’s 23 million people, that it has never been a part of China, and that it has no need to be represented by them.