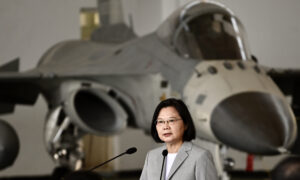 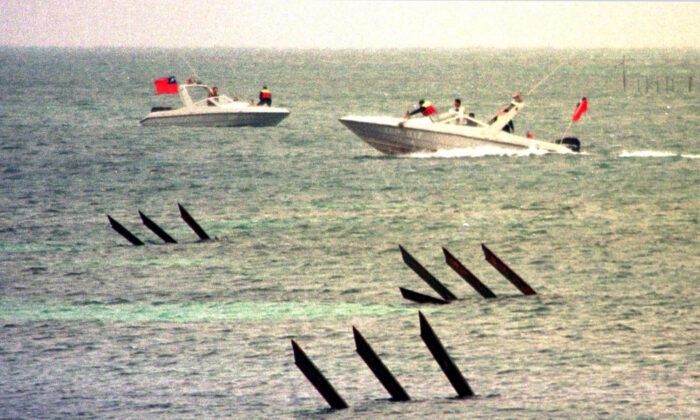 Taiwan coast guard patrol boats along the coast of Pratas Islands in a file photo. (Photo by C.C.)
Asia & Pacific

Tensions have spiked over the last week or so after Taiwan reported multiple Chinese fighters and bombers flying into the zone last weekend, in an area close to the Taiwan-controlled Pratas Islands in the northern part of the South China Sea.

The Chinese missions coincided with a U.S. aircraft carrier group entering the South China Sea for what the U.S. military termed a routine deployment. The United States has criticized the Chinese flights.

It added that a U.S. reconnaissance aircraft was also present in the same southwestern part of the defense zone, but neither named the aircraft type nor provided details of its flight path, which it does for all Chinese flights.

It was the first time Taiwan had mentioned the presence of a U.S. aircraft since it began near daily reports of Chinese activity in its defense zone in mid-September.

Taiwan rarely speaks publicly about U.S. activity near it, normally when U.S. warships sail through the Taiwan Strait, though diplomatic and security sources say there are frequent U.S. air and naval missions close to the island.

The United States, like most countries, has no official diplomatic ties with Taiwan, but is the island’s most important international backer and supplier of weapons.

The Chinese Communist Party (CCP) toughened its language towards Taiwan last week, warning after its stepped up military activities that “independence means war” and that its armed forces were acting in response to provocation and foreign interference.

The CCP claims Taiwan is a part of its territory and has never renounced the use of military force to bring the island under its fold. Additionally, the Chinese regime sees Taiwan’s ruling party, the Democratic Progressive Party (DPP), as an “independence force.”

The DPP traditionally advocates for the island to formally declare independence from the mainland, in contrast to its main opposition party, the Kuomintang (KMT), which leans pro-Beijing.

While Taiwan has never formally declared independence, the island is a de-facto independent nation-state, with its own democratically-elected government, military, and constitution.