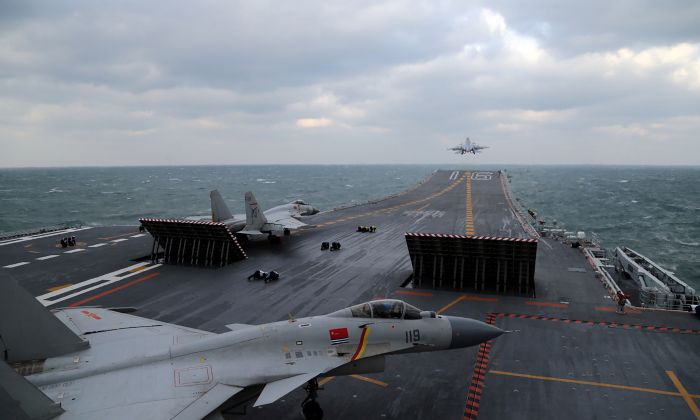 Chinese J-15 fighter jets being launched from the deck of the Liaoning aircraft carrier during military drills in the Yellow Sea, off China's east coast, on Dec. 23, 2016. (STR/AFP/Getty Images)
Asia & Pacific

Taiwan has complained over the last few months of repeated missions by China’s air force near the island, concentrated in the southwestern part of its air defense zone near the Taiwan-controlled Pratas Islands.

The White House on Friday said it was keeping a close watch on increased Chinese military activities in the Taiwan Strait, and called Beijing’s recent actions potentially destabilizing.

“We’ve seen a concerning increase in PRC military activity in the Taiwan Strait, which we believe is potentially destabilizing,” she said, when asked if Washington was concerned about a possible Chinese invasion.