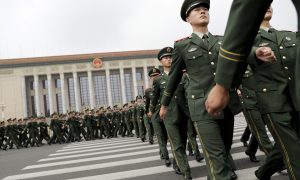 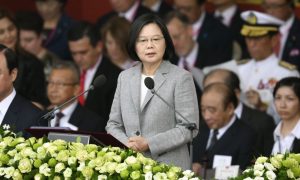 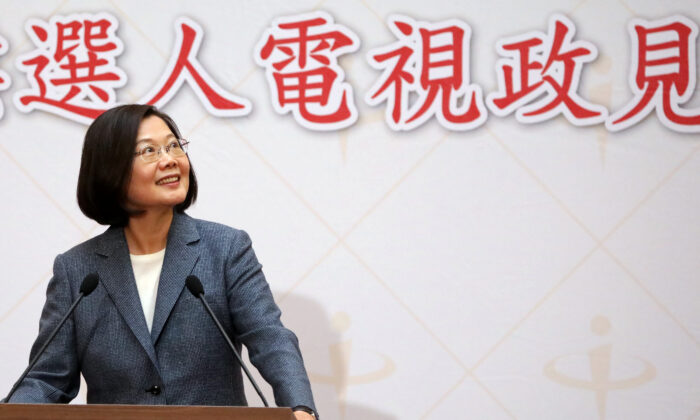 TAIPEI—Taiwan President Tsai Ing-wen urged parliament on Dec. 25 to have more discussion on a proposed anti-infiltration bill which the government says is needed to combat Chinese communist regime’s influence and has been condemned by the main opposition and Beijing.

The legislation is part of a years-long effort to combat what many in Taiwan see as Chinese regime’s efforts to influence politics and the democratic process on the island. China claims Taiwan as its territory, to be brought under Beijing’s control by force if necessary.

Taiwan’s ruling Democratic Progressive Party (DPP) has begun a renewed push for the legislation, ahead of presidential and parliamentary elections on Jan. 11, and it could be passed before the end of the year.

Taiwan’s main opposition party, the Kuomintang, which favors close ties with China, has condemned the proposed legislation as a “political tool” of Tsai and her DPP to gain votes while trying to paint them as Chinese Communist Party (CCP) agents.

Parliament is scheduled to vote on the bill next week, a move that has attracted criticism, not only from the opposition Kuomintang.

Terry Gou, founder of Apple supplier Foxconn and Taiwan’s richest man, told a Taiwan television station on Tuesday that he would protest himself outside parliament if the DPP rushes through the legislation.

Speaking at a policy presentation on live television, Tsai said other democracies around the world had either already passed or were looking at passing such legislation to prevent Chinese interference in their internal affairs.

“Compared to these countries, Taiwan is more directly confronted with various threats and infiltration from China,” said Tsai.

But some people at home think this “democratic protection net” is a provocation and akin to martial law, she added.

“I think this is a very negative and undesirable view.”

Those who have concerns about the law need to detail exactly what those concerns are and not just sprout empty phrases against it, Tsai said.

People can have a thorough discussion on this in parliament, she added.

“I believe that in the Legislative Yuan, as long as everyone sits down and has a good talk, there will be plenty of time and space for everyone to have a thorough discussion.”

The bill was drafted by the DPP and aims to prohibit political activities and funding from “foreign hostile forces”—generally viewed as a reference to the Chinese regime.