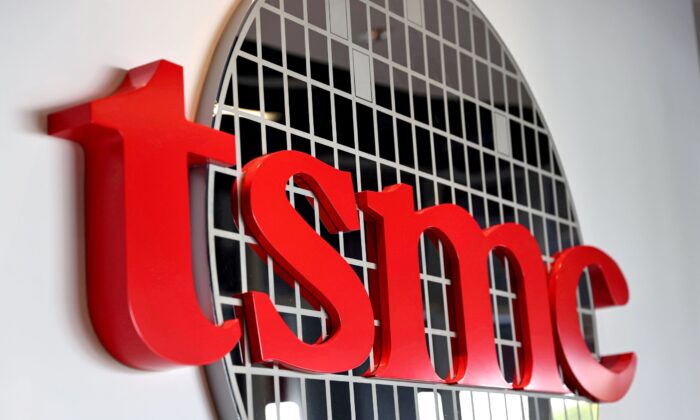 The logo of Taiwan Semiconductor Manufacturing Co. (TSMC) is pictured at its headquarters in Hsinchu, Taiwan on Jan. 19, 2021. (Ann Wang/Reuters)
Business & Economy

TAIPEI—Taiwan respects U.S. commercial law and rules but will help Taiwanese companies if they receive any “unreasonable requests”, the government said on Thursday after the United States pressed firms to provide information on the semiconductor crisis.

The White House asked automakers, chip companies and others last week to provide information on the chip shortage that has forced cuts to U.S. auto production, and to take the lead in helping to solve it.

Secretary of Commerce Gina Raimondo said a voluntary request for information within 45 days on the chips crisis would boost supply chain transparency and that if companies did not answer the voluntary request “then we have other tools in our tool box that require them to give us data”.

Taiwan’s Economy Ministry, responding to the U.S. demand for information, said present practice was for companies to voluntarily provide information and that this was not only aimed at non–U.S. companies. Taiwan is a major semiconductor maker.

The ministry, lead by its minister Wang Mei-hua, has talked directly to companies about the issue, it added.

“Moreover, the Taiwanese and U.S. governments have established multiple channels of communication and have a smooth flow of information. Taiwan respects and understands U.S. commercial laws and regulations,” the ministry said.

“If our companies face unreasonable demands in international competition, the government will certainly provide necessary assistance and express concern to prevent Taiwanese companies from fighting alone in the international arena.”

It said afterward that the company was supporting and working with all stakeholders to overcome the shortages, and that it had taken “unprecedented actions to address this challenge”.

TSMC has pledged to spend $100 billion over the next three years to expand chip capacity.