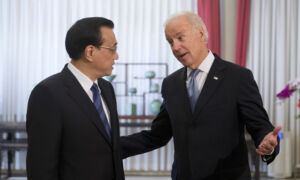 Taiwanese media coverage of the Bo Xilai political scandal lacks depth and misleads Taiwanese people, a professor of journalism says. The incident is an example of how Taiwanese media rarely touches on the core problems of political and legal systems abuse by the Chinese Communist Party (CCP).

“Taiwanese people are misled and miss the big picture. It’s a most serious omission and failure by the majority of Taiwanese media,” she said.

Before the Bo Xilai scandal broke, Taiwanese media coverage of Bo was all positive, Zhang said. However, when Bo was the mayor of Dalian, Jiang Weiping, a senior journalist had already reported on Bo’s corruption, abuse of power, and failure to fulfill his official duty. But no Taiwanese media covered it, and they all portrayed Bo as the Mainland’s shining political star.

The public in Taiwan should be on their guard and realize that the news they get is not impartial, Zhang said.

“Taiwanese media may not have the ability to cover, or safeguard against, the fundamental problems in the Chinese Communist system. On the contrary, they even fall into the role of being a propaganda tool for the CCP,” she said.

The Bo Xilai incident is just one more example of how the Taiwan media is not doing its job of informing and protecting the Taiwanese public. Taiwanese business people have had to learn some hard lessons because of this omission.

Taiwanese media failed to provide any warning before the labor law was passed, which gave Taiwanese companies no time to prepare, Zhang said. As a result, tens of thousands of Taiwanese businesses in Shenzhen were bankrupted.

The reason those Taiwanese businessmen lost all of their investments and had to face so many lawsuits, according to Zhang, is that they didn’t understand the CCP’s games, and they didn’t get well-rounded information from the media.

Zhang also said that Taiwanese businessmen shouldn’t only focus on the immediate benefits before them. They should be wary of giving in to the CCP’s threats and enticements, and not neglect to look at the long-term consequences stemming from the CCP’s political turbulences.

Zhang said her recommendation for Taiwanese people is that they follow the news put out by independent Chinese media such as The Epoch Times and New Tang Dynasty TV, etc., as these media grasp and present the true situation in China.

“We hope Mainland China will not be a Communist dictatorship anymore, and can change into a society that has freedom, peace, democracy, human rights, and the rule of law. That would be in their best interest.”