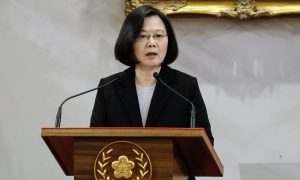 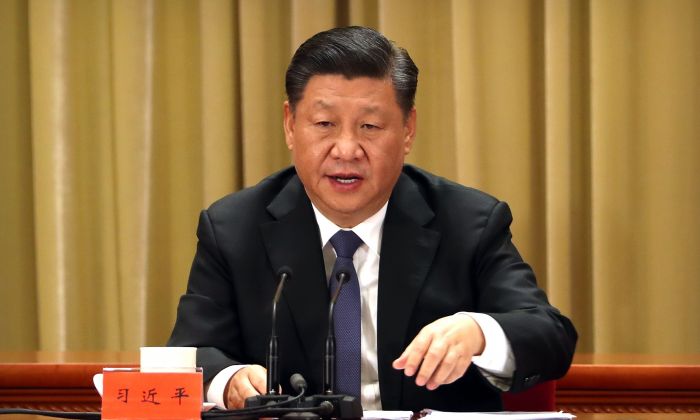 As Taiwan anticipates an unprecedented campaign by the Beijing regime to meddle in the island’s presidential and legislative elections early next year, local lawmakers have created legislation aimed to deter foreign interference.

Lawmakers from the Taiwan Statebuilding Party and Democratic Progressive Party (DPP) have drafted the “Foreign Forces Influence Transparency Act,” which requires an agent of “foreign forces” to register with the government if they intend to “influence elections, referendums, the administration or repeal of policies, a political party’s operations, and communications.”

The measure is meant to protect Taiwan from groups that represent Beijing and seek to influence elections, but haven’t violated existing laws, Yu Mei-Nu, DPP lawmaker and part of the team that drafted the bill, told the Taiwan bureau of The Epoch Times.

But Beijing often circumvents such laws through indirect political donations, such as funneling payments to Taiwanese businessmen working in China, who then steer the money to political candidates. Another common tactic is using Taiwanese political groups that advocate friendly ties with China to sway public opinion in favor of pro-Beijing candidates.

Beijing considers the self-ruled island part of its territory, despite it having a separate political and economic system from mainland China. The Chinese regime has tried to get pro-Beijing politicians elected in an attempt to persuade the Taiwanese public to accept eventual “unification” with the mainland.

Ho Cheng-hui, a member of the Taiwan Statebuilding Party, told The Epoch Times that the bill would require foreign agents to reveal their identities, giving the voting public more transparent information. If the bill is approved, agents must register within 14 days of enactment.

According to Taiwan’s legislative process, the lawmakers must seek co-sponsors before the bill will be introduced in the island’s unicameral legislature.

On Jan. 11, 2020, Taiwan will hold its 15th presidential election; all 113 seats of the island’s Parliament (known as the Legislative Yuan) are also being contested.

After the Solomon Islands and Kiribati recently dropped ties with Taiwan in favor of Beijing, Taiwan President Tsai Ing-wen accused the Chinese regime of pressuring the nations in order to influence local voters.

“Based on the information we have obtained, before the elections, China will continue to engage in many more suppressive activities [against Taiwan],” she said.

Tsai, a DPP member, is running for reelection. She currently holds a small lead in local polling over Han Kuo-yu, presidential nominee for the DPP’s main opposition party, the Kuomintang (KMT), which has a pro-Beijing platform.

By reducing the number of Taiwan’s allies and putting pressure on the DPP, Beijing is effectively swaying public opinion against DPP candidates and in favor of the KMT.

Up Media reported Sept. 20 that the plan includes pressuring Taiwan’s diplomatic allies to cut ties, “as it [Beijing] wants to use this success to divert attention from Hong Kong issues and the U.S-China trade war,” the report cited insiders as saying.

Mass protests against Beijing’s encroachment into Hong Kong affairs have now entered their 16th consecutive week, while the trade dispute with the United States has added stress to China’s slowing economic growth.

Taiwan’s government-run Central News Agency (CNA) also cited information from national security and intelligence sources confirming the existence of such a plan, which seeks to “suppress Taiwan comprehensively including in diplomacy, military, and tourism matters.”

According to the CNA report, the plan includes measures to: “stop all Chinese tourists from traveling to Taiwan before the end of the year; launching joint air and naval initiatives to push the Taiwan Strait midline [territorial boundary between Beijing and Taipei]; increase the amount of distrust in Taiwan society toward the Tsai Ing-wen government to the highest point; and suppress support for Tsai and the DPP to the lowest point for next year’s elections.”